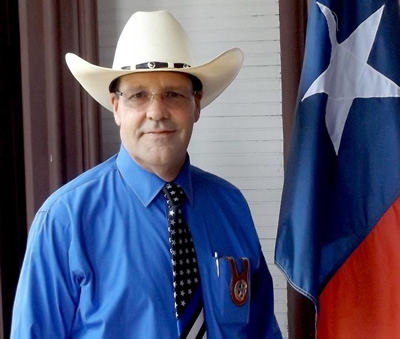 I was born and raised in Shelby County, Texas, to the late James Wyatt Windham and Nettie Brittain Windham. I attended Shelbyville High School, and Texas Baptist Institute and Seminary in Henderson, and have served the last four years as pastor at Camp Springs Baptist Church in Hemphill.

My wife, Brenda Fausett Windham, and I have been married for thirteen years. We have three children, Josh Windham and wife, Joni, of Iowa Colony; Jennifer Windham Sims and husband, Nick, of Shelbyville; and Cody Fleming of Joaquin. We have seven grandchildren, Avery, Tyson and Molly Windham; Kaden and Preslee Sims; Chadly Fleming and Karma Scholar.

My decision to run for sheriff is based on the tremendous amount of encouragement from the community. The support of many individuals helped me to realize that this decision was not about “me” but about how “we” could better our county for everyone.

The support and confidence the public has placed in me is evidence that Shelby County is ready to move forward with new improvements. It will be my goal as your sheriff to listen to your concerns and work with you, not against you. Our county is only as good as we make it.

Change never happens overnight, but it can happen. The major complaint from residents in our county is drugs. Drugs are not isolated to Shelby County; it is a nationwide epidemic. I wish I could tell you that we can completely remove them from our county, but that is simply impossible. What we can do is implement better training for our officers on the constant changes in illegal narcotics. Informed and properly trained officers is the key to helping remove narcotics from the hands of the users.

A key focus for me will be to foster and build community partnerships working together with other Shelby County professionals in law enforcement, EMS, fire, and human services for the benefit of our entire community. We need a Sheriff’s Office that is strengthened through staff development, empowerment, retention, and community interaction.

I vow to run my campaign on honesty, integrity and transparency. I will keep an open door at all times and assure you that I will listen to your concerns and needs. I may not be able to resolve every problem, but I promise to listen and to do what I can.