According to Center Police Department officer William Lee, a white 1999 Dodge pickup truck driven by Gary Smith, 18, of Center was traveling southwest on Loop 500. At that time a silver 2002 Mercury Sable driven by Jordan Leadingham, 21, with passenger Eric Perez, 27, was also traveling southwest behind the pickup truck and failed to control speed, causing the Mercury to strike the Dodge in the rear.

Both vehicles came to rest against a guardrail. 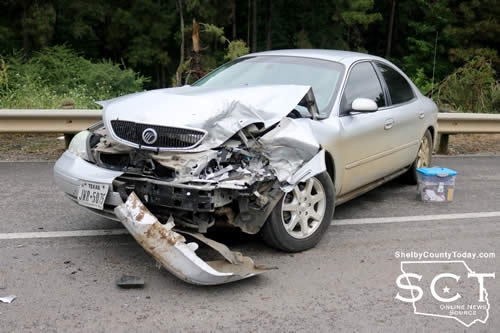 Anna Lyons, 19, a passenger in the Dodge, was transported by ambulance to Nacogdoches Medical Center - Shelby Emergency Department for medical evaluation as Smith stated she was eight months pregnant.

No citations were reported to have been issued at that time.