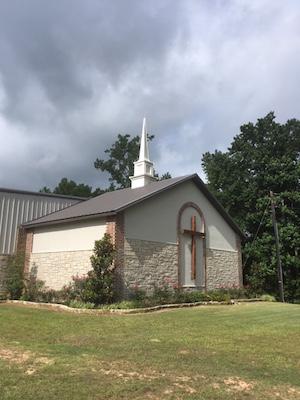 June 24, 2019 - One of the first things settlers did when establishing communities during the westward expansion of America was to build a church. Many of these churches still survive and Mt. Olive Missionary Baptist Church, located in the Silas community south of Timpson, is one of them.  Long-time church member Darrell Rhodes outlined the church's history and growth at the June meeting of the Timpson Area Genealogy and Heritage Society last Wednesday.

Mt. Olive has a Timpson address but the church had already been in existence some twenty years when Timpson was established in 1885. The population of Shelby County grew steadily after the Civil War as many families moved west to escape the devastation and hardship of the post-war Deep South. Some of those who settled in the Silas area met on land donated by Mr. and Mrs. Joshua Bussey in the fall of 1869 and cleared a spot for a brush-arbor church known as Bear Bayou Baptist Church. Among those present were members of the Crump, Hammer, Sparks, and Chandler families, many descendants of whom still live in the Timpson area.  A log structure was built which served as the church until 1889, Rhodes said, when a new church was built of lumber.

With the new church building came a new name, Mt. Olive Missionary Baptist Church, Rhodes shared, and that name has been used ever since. The church bell hung in a big hardwood tree in front of the church and tolled to announce the death of a church member as well as church services. The 1889 structure was in use until 1952, when a tornado lifted the pier and beam church from its foundation and moved it to the rear of the property, Rhodes revealed. Though the building was not destroyed, the twenty-nine members of the church voted to build a new, larger, building across the road on an acre of land donated by Mr. and Mrs. Buford Crump, he said. The new building was completed in 1953, incorporating much of the material from the old church. Mr. Rhodes said that he remembers attending Sunday School and church in the 1889 building.

Mt. Olive Missionary Baptist Church continued to grow through the mid-twentieth century and in 1981 a fellowship hall was built adjacent to the church sanctuary. In 2006 the Family Life Center with new Sunday School rooms and a basketball court was built. Rhodes shared that in 2013 a new gymnasium was built and the conversion of the former gym into a new sanctuary was begun. The new sanctuary, dedicated on January 5of this year, has as its pulpit the hand-built pulpit from the original church. The entire church facility now comprises 23,692 square feet Rhodes revealed.

Adjacent to the church is Mt. Olive Cemetery, which was established about the same time as the church. The earliest interment is believed to the that of  Mary (Pollie) Conway Wilson who was buried there in 1867. She was the widow of Pvt. David R. Wilson C.S.A., who died during the Civil War. No longer owned by the church, Mt. Olive Cemetery is a public cemetery, managed by a cemetery board. 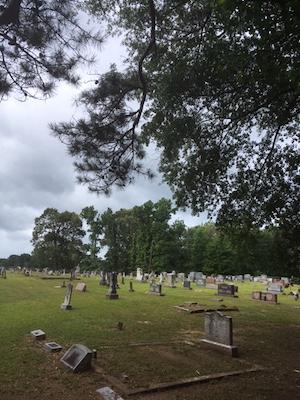 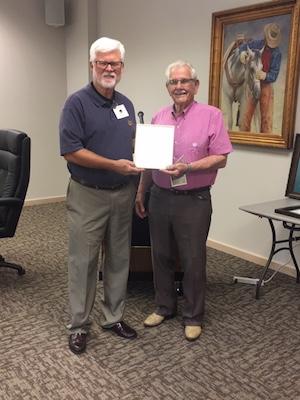