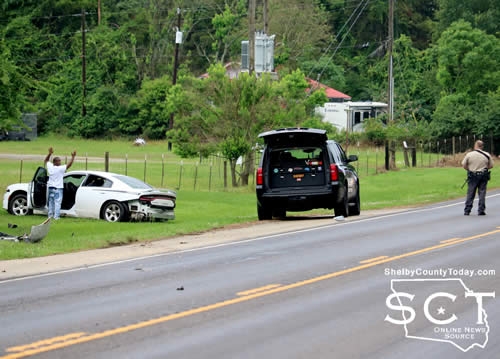 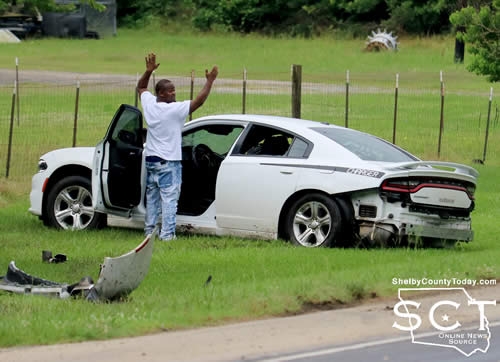 As officers approached the second vehicle, a white 2015 Dodge Charger, to offer assistance to the occupants the situation suddenly escalated to a tense one as the driver was discovered to be in possession of a handgun. A Shelby County Sheriff's Deputy returned to his patrol vehicle, armed himself with a rifle and called for backup.

The driver of the vehicle responded to commands by the deputy to exit the vehicle; however, he kept reaching inside the car and the passenger wasn't exiting the vehicle. Additional officers with the Sheriff's Department and Texas Department of Public Safety arrived at the location of the vehicle and also were armed with rifles to back up the deputy. 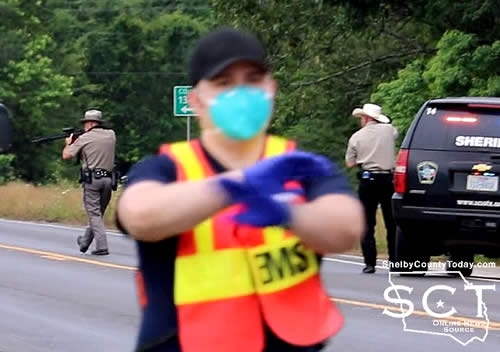 After some time, the passenger complied with officers orders as well, and both were taken into custody without incident. It was later learned the lack of compliance by the passenger may have been due to a medical condition.

According to Texas Department of Public Safety State Trooper Keith Jones, when troopers arrived on scene at 10:05am investigation determined a white 2015 Dodge Charger driven by Secorrie Horton, 41, of Center was northbound on State Highway 87 (SH 87) North.

At that time, a white 2015 Chevrolet Camaro driven by Laurie Eldridge, 45, was southbound on SH 87 when the Charger entered the wrong side of the roadway when not passing and struck the Camaro on its right front quarter panel with the right rear quarter panel of the Charger. 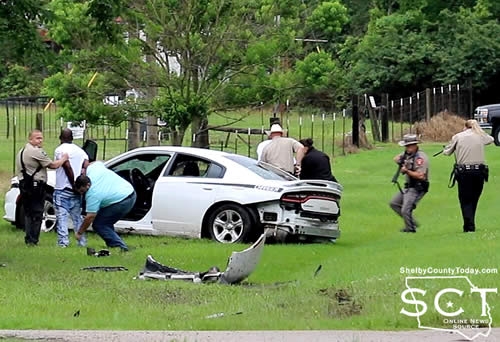 Horton was arrested and charged with wrong side of roadway not passing, no driver's license, and unlawful possession of a firearm by felon.

Robert Calhoun, 50, a passenger in the Charger was later released from custody and no charges are expected.

Both vehicles were towed from the scene. 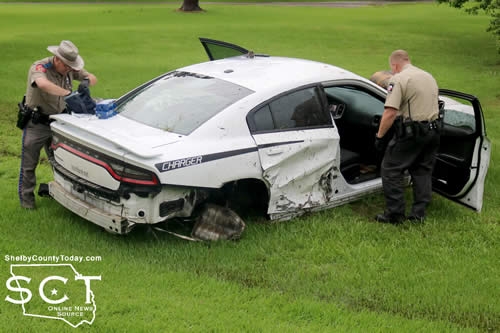 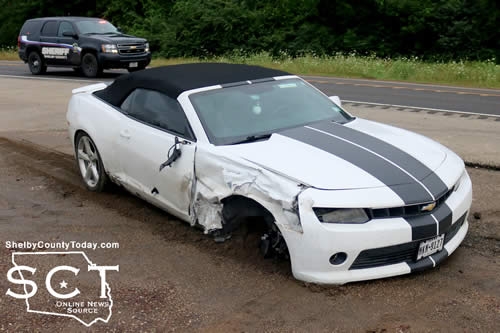 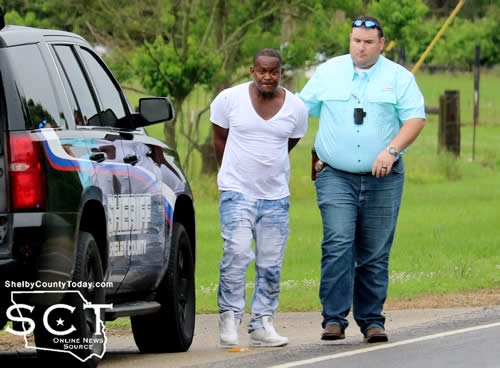 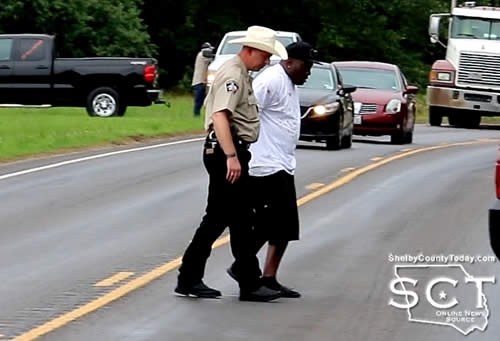 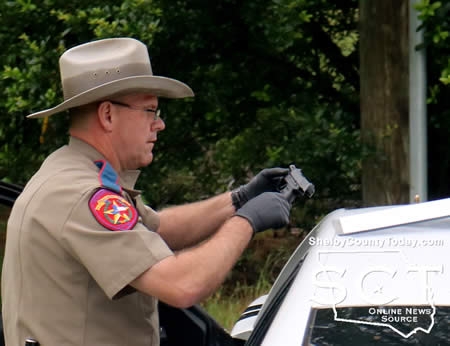