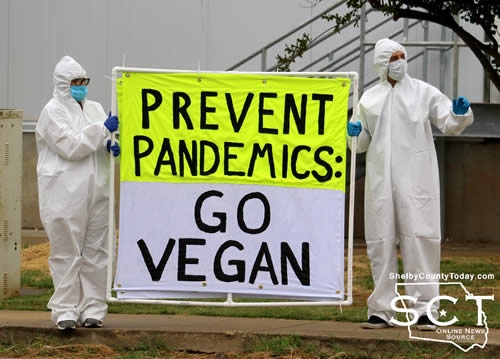 May 16, 2020 - PETA (People for the Ethical Treatment of Animals) protesters have converged on the Tyson facility in Center Saturday, May 16, 2020, and a lot of Shelby County residents, although not protesting, appear to be responding by having a cookout and displaying hunting prizes.

The protesters set up by the Center Police Department parking lot, many donning painter coveralls and wearing masks, and their own Grim Reaper was walking around with a scythe. Megaphones were utilized as the protesters chanted and held signs for those driving by to see. 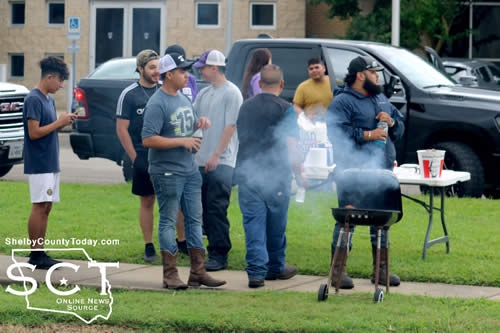 Several Center Police Department units were observing the ongoing protests outside of their department until their completion.

A group of Shelby County residents began grilling hamburgers and hot dogs near the sidewalk in front of the police department as other residents drove by displaying deer skulls with full racks, and one indidual was even dressed as a bear. 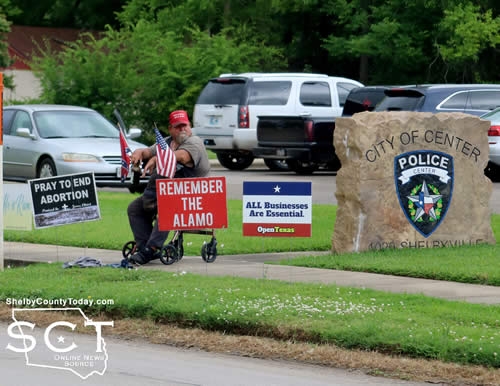 Another man drove all the way from Dallas with a series of signs representing many causes he apparently favors.

The entry to the Tyson facility is currently blocked with several trailers preventing access. 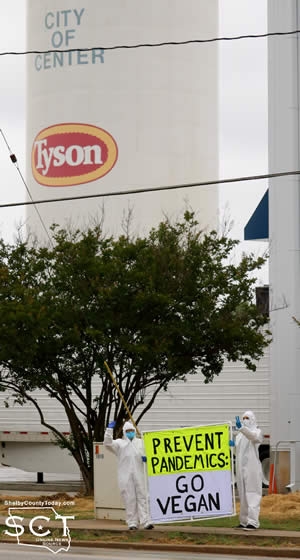 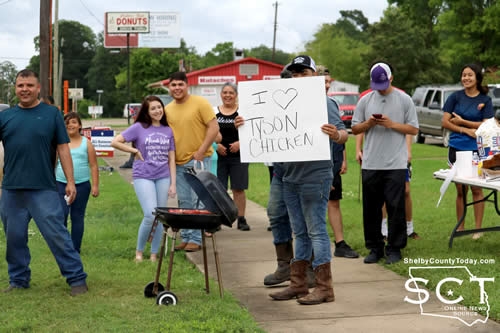 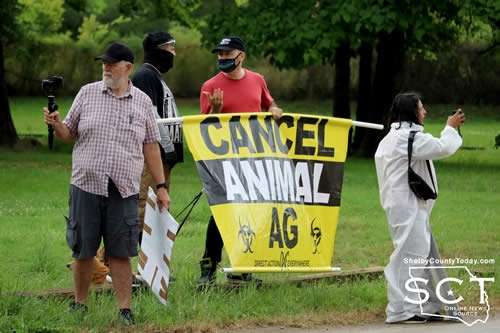 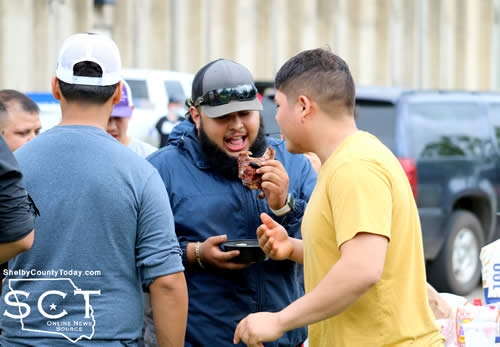 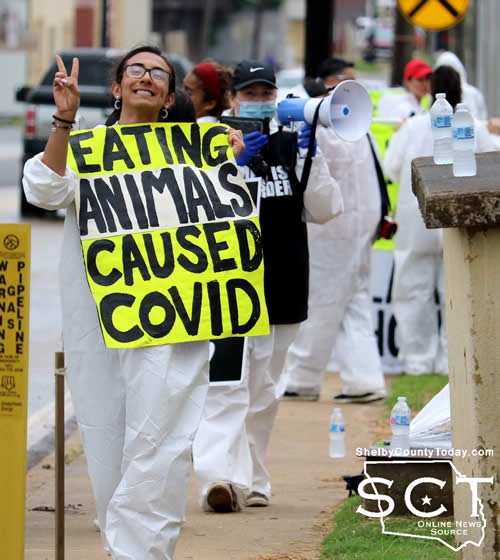 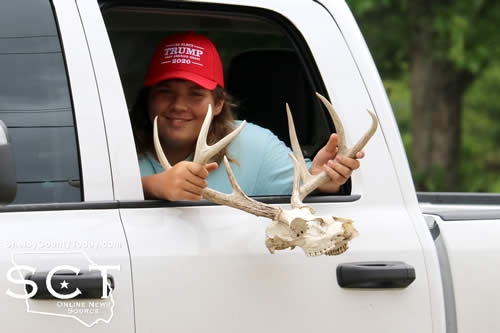 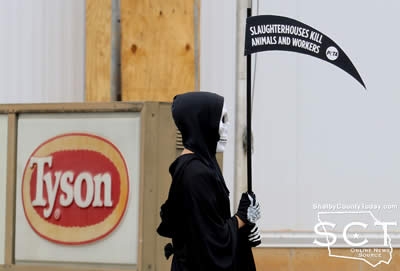 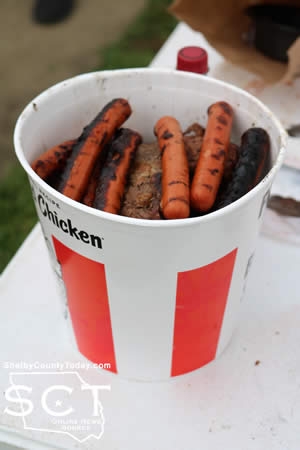 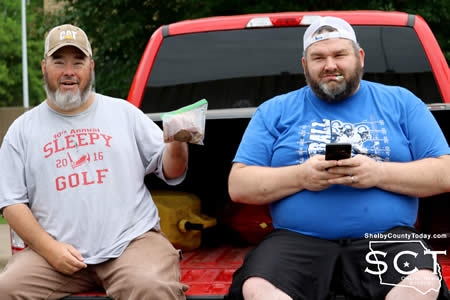 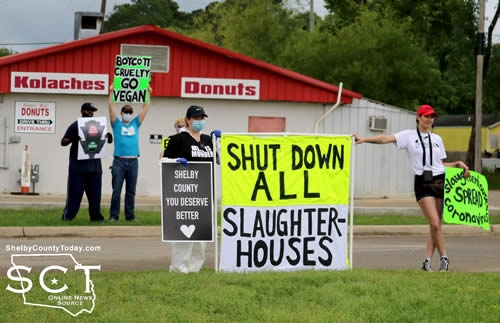 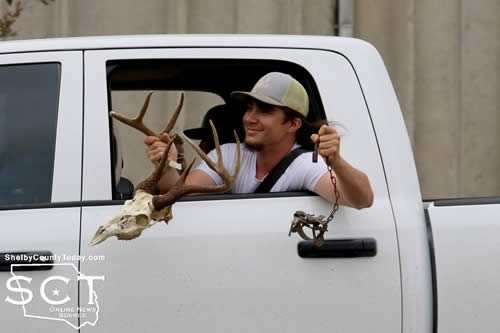 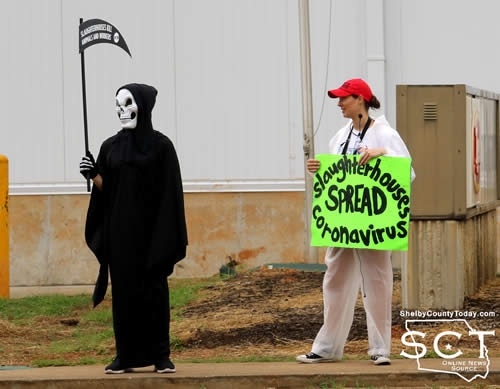