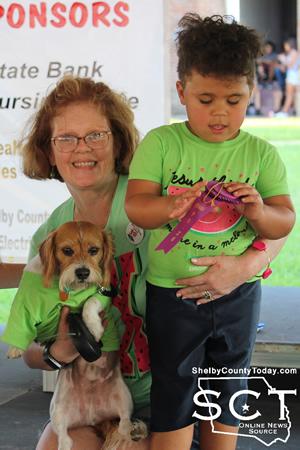 July 12, 2019 (Album1, Album2) - A rescue dog stole the hearts of the judges at the What-A-Melon Festival Pet Show with a singing performance that won him Best-in-Show. Pistol Pete, an 8 year old wire haired dachshund mixed with beagle, san with his handler, Stephanie Elswick, "It's the Best Day Ever!"

The results from the Pet Show were as follows: