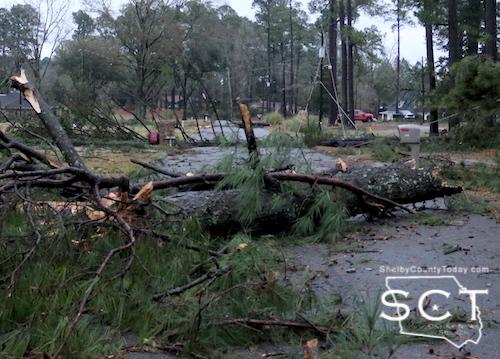 January 11, 2020 - Residents of Lakewood residential development in Center were heavily affected by a storm that moved through the area at 12:55am, Saturday, January 11, 2020.

Emergency personnel with the Center Fire Department and Police Department responded to calls of a house where a tree had fallen and the residents of the home were trapped inside.

The fire and police personnel rescued the residents from that home and EMS at the location saw to any injuries.

Several trees in the neighborhood were brought down by the storm, with some landing on houses and causing structural damage. Power lines were knocked down by trees, shutting down power in the neighborhood and leaving residents in the dark. As of the morning, the residents remain without power as utility crews work to restore service. 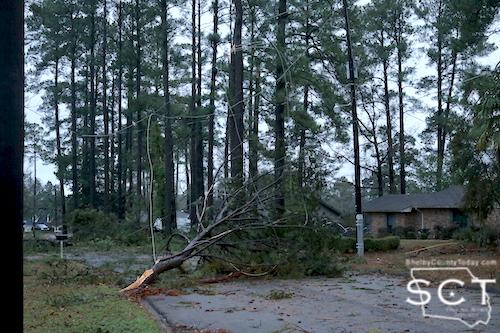 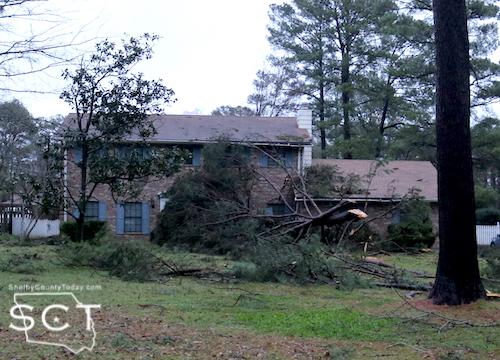 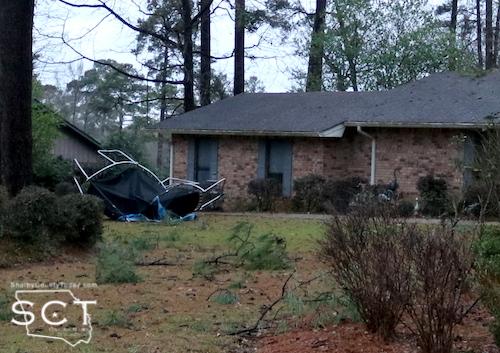 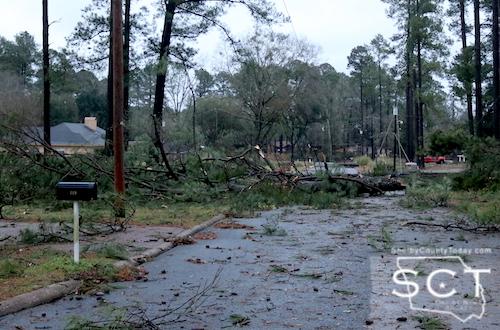 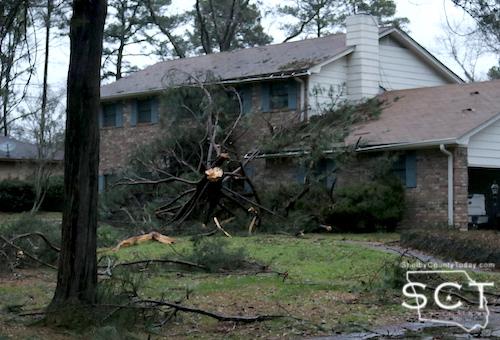 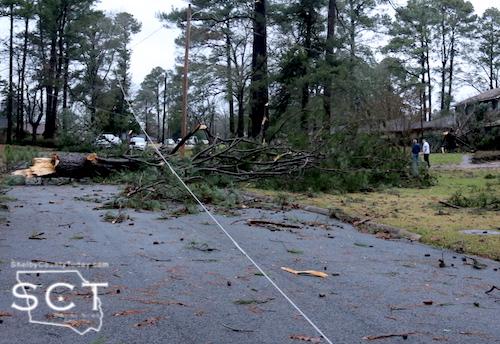 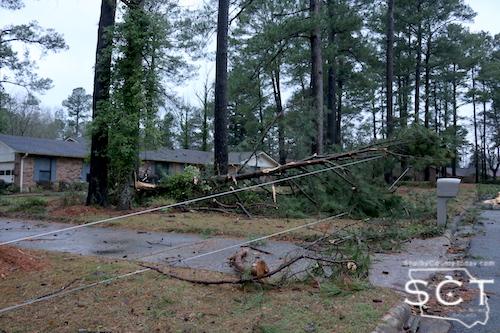 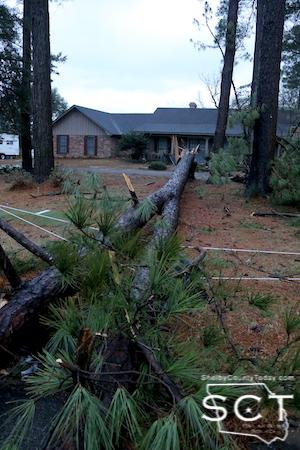 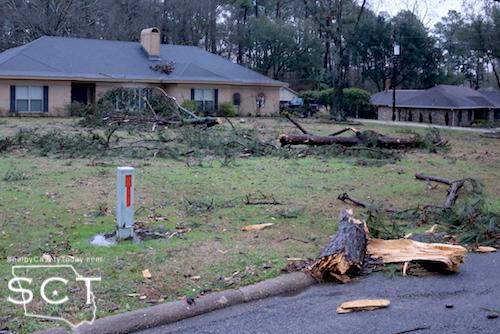 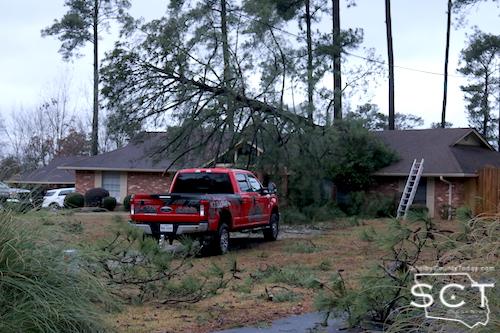