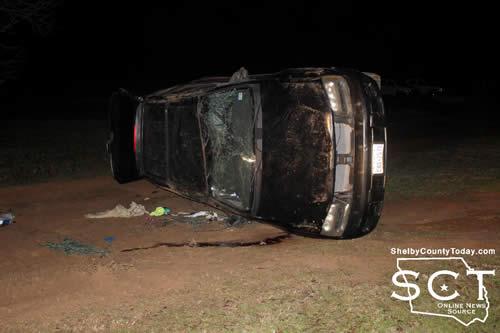 January 10, 2020 - Two crash incidents at different locations and times resulted in injury to the same passenger on Friday, January 10, 2020. The first of the two incidents occurred very early in the morning.

According to Texas Department of Public Safety State Trooper Keith Jones, at 4:46am Troopers were alerted to a one-vehicle crash on State Highway 7 (SH7) West just past CR 1168. A black Trailblazer driven by Stacey Lynn Coats, 48, of Center was westbound on SH7 when it exited the roadway to the right. 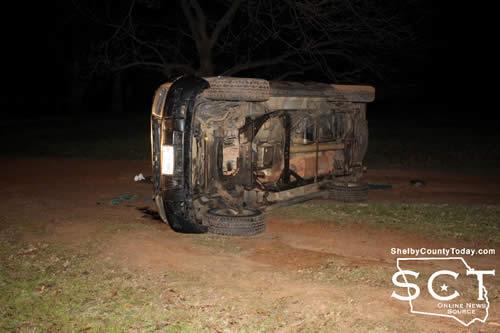 Coats overcorrected and crossed back over the roadway striking a trash can near the roadway and overturning left and top.

Coats and her passenger Rebecca Eddins, 35, were transported by ambulance to Nacogdoches Medical Center - Shelby Emergency Department for treatment of their injuries.

Once released from the emergency room, Coats was arrested for driving while intoxicated.

Rebecca Eddins was later released from the hospital. 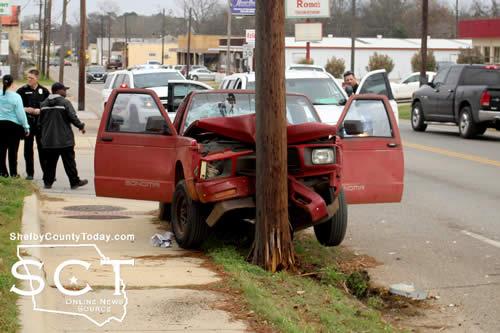 In a related incident during the afternoon, Center Police Officers were traveling Shelbyville Street in Center when they arrived at the scene of a single-vehicle crash which had just occurred around 2pm.

A red pickup truck was straddling the base of a utility pole it struck. Ambulance personnel were called to the scene and they removed the driver and passenger to an ambulance. Officers at the location were busy investigating the crash incident and assessing the risk of the pole falling, due to the impact. 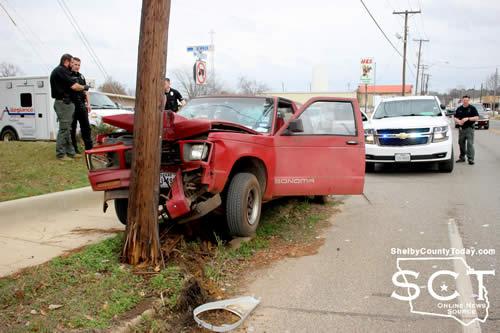 According to Center Police Officer Robert Lee, a red 1991 GMC Sonoma driven by Josh Eddins, 32, of Center was northbound on Shelbyville Street when it left the roadway to the right at the intersection of Newman Street and struck a high-line pole.

Both the driver and passenger were transported by ambulance to Nacogdoches Medical Center - Shelby Emergency Department for treatment of possible injuries.

No citations were reported to have been issued at the time of the crash. 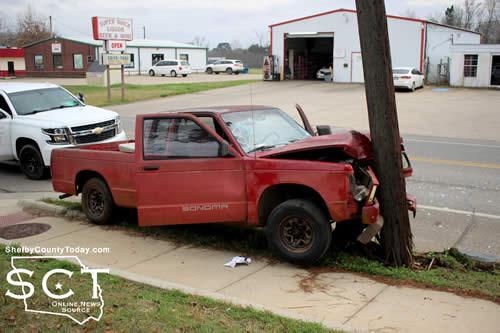 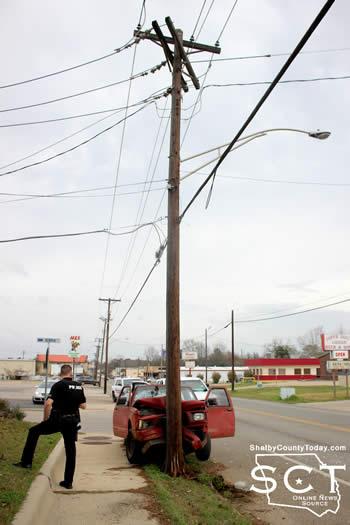