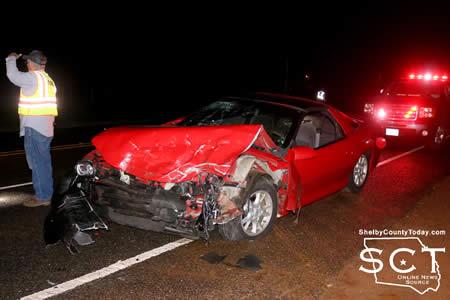 January 2, 2020 - State Highway 7 in the Aiken Community was the scene of a two-vehicle crash December 28, 2019, which resulted in injury to one driver involved.

According to Texas Department of Public Safety State Trooper Keith Jones, at just before 8pm a silver 2014 GMC pickup truck driven by Freddy Marrero-Cortez, 21, of Center was at the stop sign where CR 1245 meets State Highway 7 (SH7) in the Aiken Community. 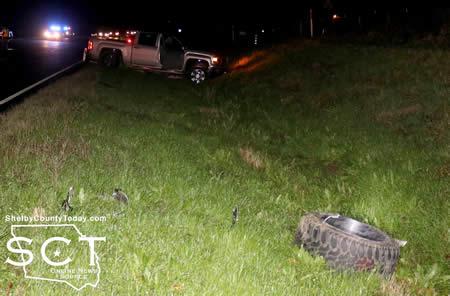 Marrero-Cortez failed to yield right of way at the CR 1245 stop sign when entering SH7 in the GMC which then entered the path of and was struck by a red 2000 Chevrolet Camaro driven by Nathan Alan Anding, 43, of Joaquin traveling east.

The Camaro spun around and came to rest facing west in the outside eastbound traffic lane. The GMC came to rest on the westbound side of the roadway in the shoulder.

Anding was transported by ambulance to Nacogdoches Medical Center for treatment of his injuries. 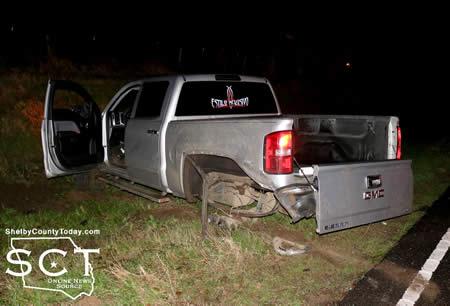 Marrero-Cortez and his passengers Yesenia Chavez, 21, and a 1-year-old passenger were not reported to have been injured in the incident.