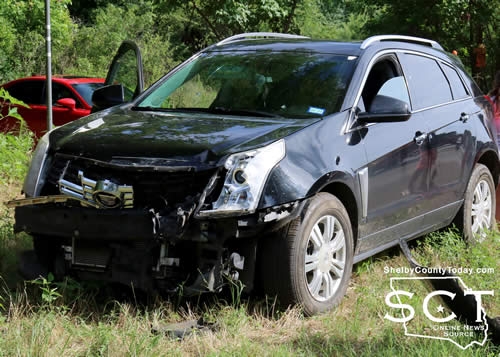 According to Texas Department of Public Safety State Trooper Keith Jones, at 4:40pm on Saturday, May 30, 2020, a black Cadillac SRX driven by Damarius Abigail Balderas, 26, of Center with passenger Carlos Adrian Gonzalez, 28, was exiting CR 1165 and failed to yield right of way to oncoming traffic on State Highway 7 (SH7).

The Cadillac was then struck by a black 2017 Jeep Grand Cherokee driven by Amber Nicole Chisenhall, 36, of Center which was eastbound on SH 7. 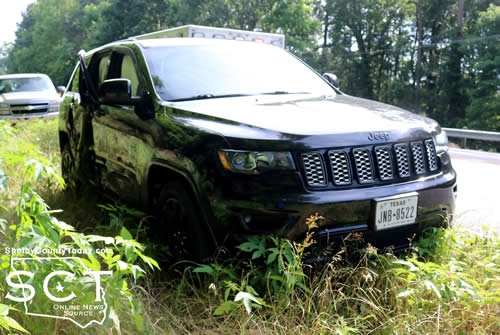 Following the collision, the Cadillac was spun around onto the shoulder beside SH 7 facing east. The Jeep continued east and Chisenhall was able to bring the Jeep to a stop on the eastbound shoulder.

Chisenhall was transported from the scene by ambulance to Nacogdoches Medical Center - Shelby Emergency Department for treatment of unknown injuries.

Balderas was issued a citation for fail to yield right of way.

West Shelby County Volunteer Fire Department fire personnel were on scene to divert traffic around the incident and Shelby County Sheriff's Deputies assisted with the investigation. 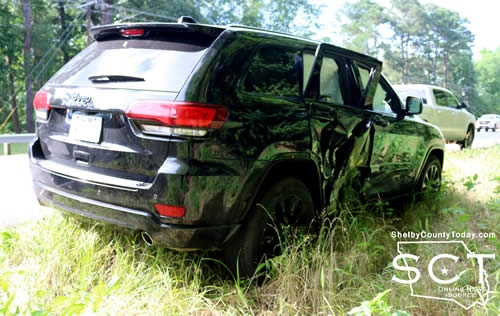