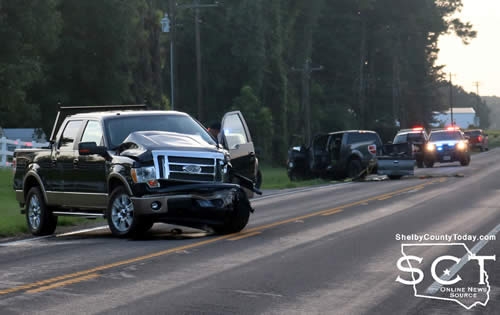 According to Texas Department of Public Safety State Trooper Dustin Ramos at 6:50pm Troopers were dispatched to State Highway 87 (SH 87) South at the intersection of CR 2135 in reference to a two-vehicle head-on crash.

When Troopers arrived at the location of the incident it was determined a grey 2012 Ford F150 pickup truck driven by Austin Gregory, 30, of Center with passenger Jodie Doggett, 30, had stopped at CR 2135 and failed to yield right of way when crossing SH 87 to a private driveway.

At the time Gregory crossed SH 87 a black 2011 Ford F150 driven by Horace Wilburn, 73, of San Augustine with passenger Virginia Wilburn, 73, was southbound on SH 87. When the grey Ford crossed SH 87 it did so in front of the black Ford causing the vehicles to collide with resulting damage.

The occupants of both vehicles were transported by ambulance to Nacogdoches Medical Center - Shelby Emergency Department for possible injuries.

Gregory was issued citations for driving while license invalid, failure to yield right of way, and failure to maintain financial responsibility. 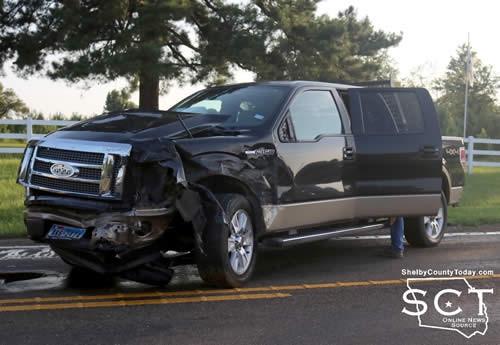 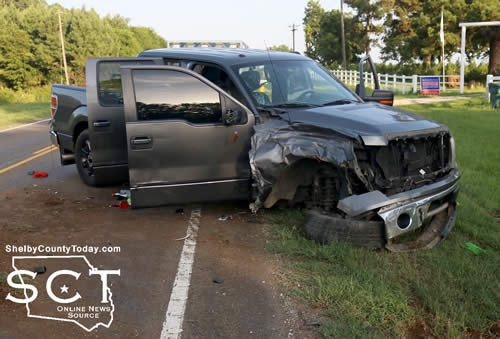