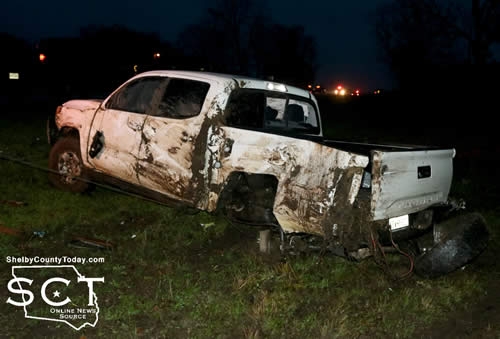 According to Texas DPS Trooper Dustin Ramos, at 5:45 a white 2017 Toyota Tacoma driven by Stacey Heiman, 24, of Center was southbound on SH 87 at an unsafe speed for wet road conditions.

The Toyota traveled off the roadway to the right and rolled causing damage to the vehicle.

EMS was on scene, no injuries were reported as a result of the crash.

Heiman was issued a citation for unsafe speed.