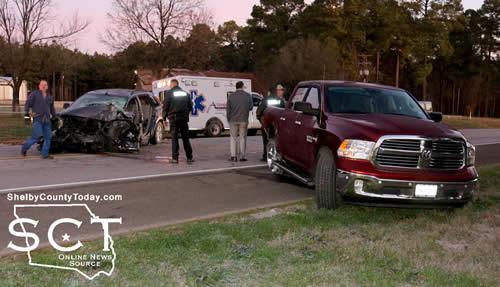 January 8, 2020 - State Highway 7 (SH7) just east of the Center Municipal Airport was the scene of a major two-vehicle crash early Wednesday, January 8, 2020 resulting in medical helicopter transport being necessary for some involved.

The Center Fire Department was dispatched to the location at 6:35am for traffic control and when they arrived determined Jaws of Life was necessary to facilitate extrication from a Ford Edge involved in the crash.

According to Texas Department of Public Safety State Trooper Jonathan Stinson, a grey 2009 Ford Edge driven by Tiffany Lynne Mayfield, 26, of Joaquin, was westbound on SH7 when she failed to control speed and struck the rear of a maroon 2018 Dodge Ram driven by James Craig Beasley, 50, of Marshall. 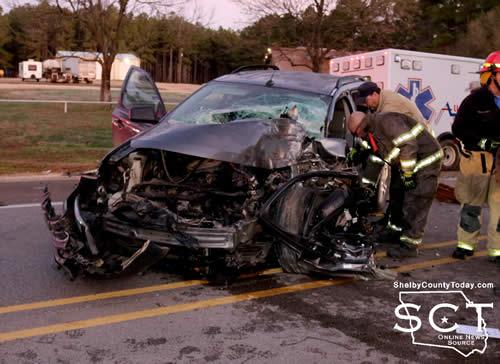 The Dodge was stopped for a school bus on the opposite side of the roadway which had been loading passengers. Both vehicles incurred major damage and remained in the middle of both traffic lanes following the collision.

Mayfield and a 2-year-old passenger were life-flighted by helicopter to LSU hospital for treatment of their injuries.

Beasley was not reported to have received injury as a result of the crash. 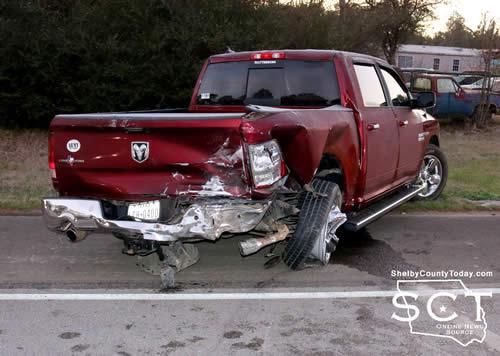 Mayfield was cited for failure to control speed and child safety belt.