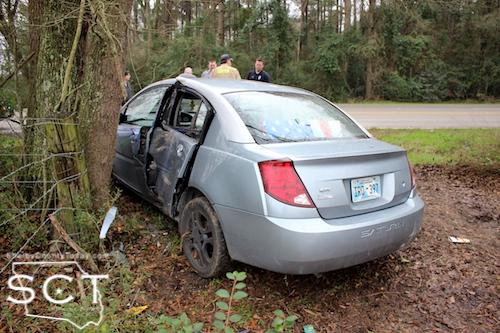 Emergency personnel were dispatched to the location just north of Shelbyville at 9am. Center Fire Department firemen were requested, as it was reported the driver was trapped and couldn't get her door to open.

When Shelby County Sheriff's Deputies arrived, they were able to help her out of the vehicle and extrication tools were not necessary. 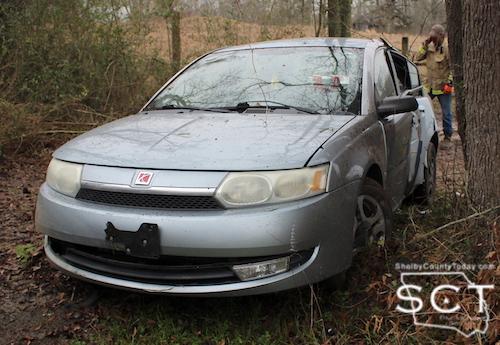 According to Texas Department of Public Safety State Trooper Jonathan Stinson, at 8:55am a blue Saturn Ion driven by Courtney Michelle Reierson, 29, of Center was southbound on SH87 when she failed to drive in a single lane, crossed over the northbound traffic lanes and struck a tree.

Ambulance personnel transported Reierson from the location of the crash to Nacogodoches Memorial Hospital in Nacogdoches. 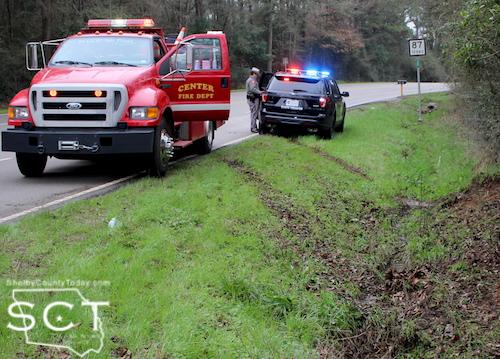 Shelby County Sheriff's Deputies and Constables assisted at the scene with traffic control.