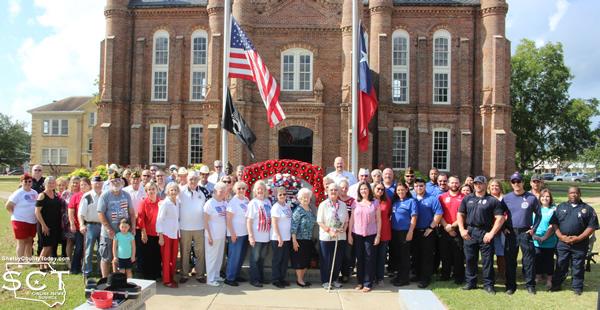 September 11, 2019 - Patriot Day was recognized with a ceremony on the Center square at the Shelby County Veteran's Memorial Wednesday, September 11, 2019 with community members and first responders in attendance. 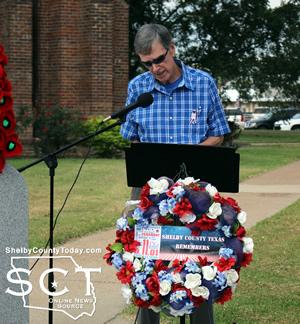 The event was hosted by VFW Post 8904 and Auxiliary with Larry Hume, Post Quartermaster, leading the ceremony. An opening prayer was given by Pastor Randall Smith of Paxton Methodist Church and following opening prayer the Pledge of Allegiance was recited.

"On September 11, 2001 America witnessed a brand of evil beyond comprehension. It was difficult for us to grasp the scope of the tragedies that day and it was one of the most single tragic days in our nations history. Many of us thought it was the worst day of our lives," said Hume.

Hume remarked it has been almost 20 years since the events of September 11, 2001 occurred; however, the memory of what happened on that day is vivid.

"That day we refused to allow evilness to triumph over good. The accounts of hope and heroism that emerged from the rubble of Ground Zero, the Pentagon and the rural Pennsylvania field inspired us all," said Hume. "To this day those remarkable acts of valor continue to serve as reminders of that is good and true in the human spirit." 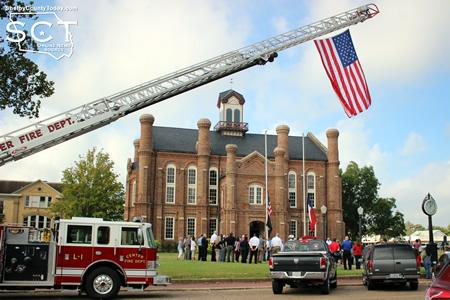 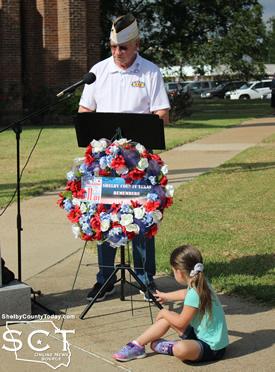 He reminded everyone of the police, firefighters, airplane passengers and crew members who gave their lives to save their fellow man. Hume stated, the sacrifices of those individuals will never be forgotten by a grateful America nor the Veteran's of Foreign Wars.

"We've learned that we must combat terror and those who seek to deliver terror. Today we are fighting to ensure that the liberties we enjoy, the freedoms we cherish will be secured for future generations," said Hume.

Hume remarked that as we remember the lives of 2,977 lives lost on 9/11 Americans know that our nation is more secure.

"Right here in Shelby County Texas we are fortunate to have First Responders that continue the legacy born 18 years ago and they're with us this morning," said Hume. 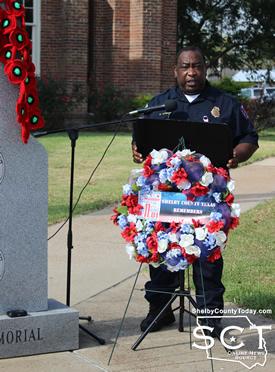 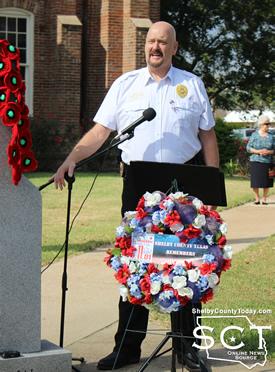 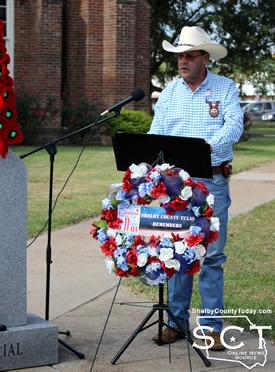 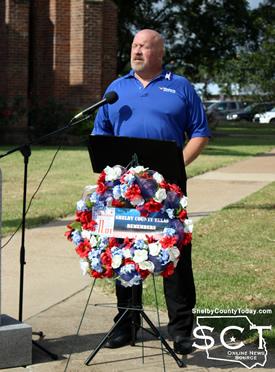 After each spoke, Hume encouraged a round of applause for all of the First Responders in recognition of their daily sacrifice.

Hume wanted everyone to remember Mike Wood, who was a 41-year volunteer fireman, he had occasion to play the bagpipes at VFW ceremonies and funerals. A moment of silence was had in remembrance of September 11, 2001.

Taps was then played as presented by Gene Hutto, VFW Post 8904 Post Commander. Leigh Porterfield then led everyone in God Bless America. 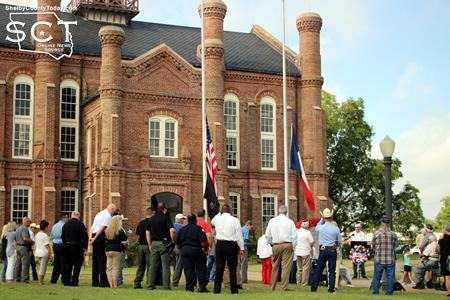 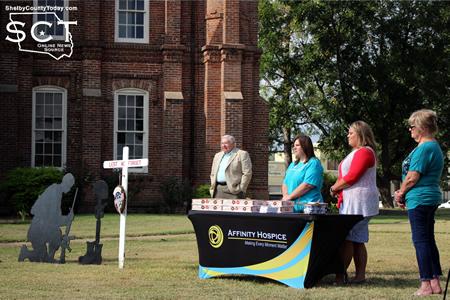 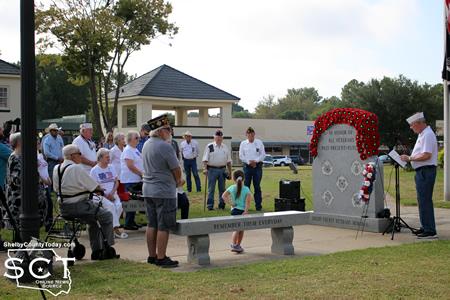 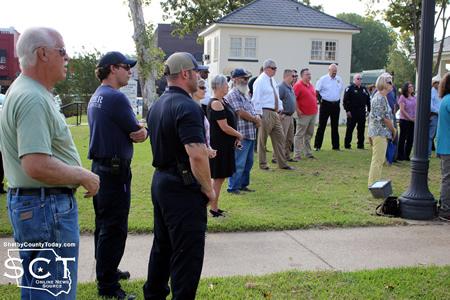 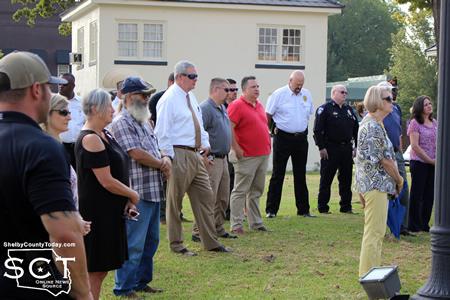 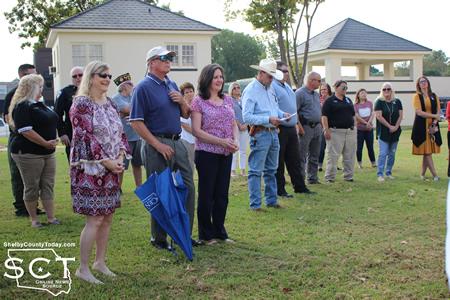 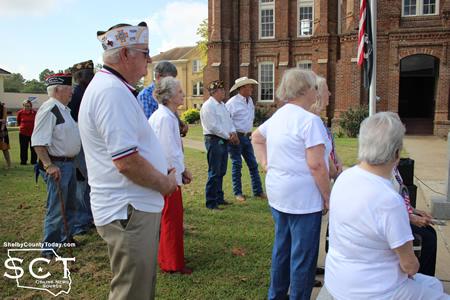 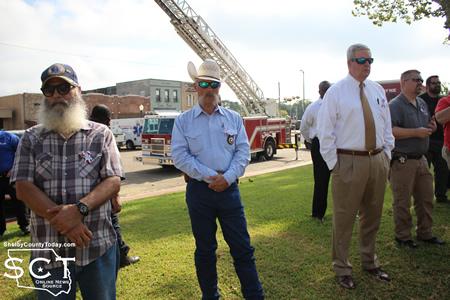 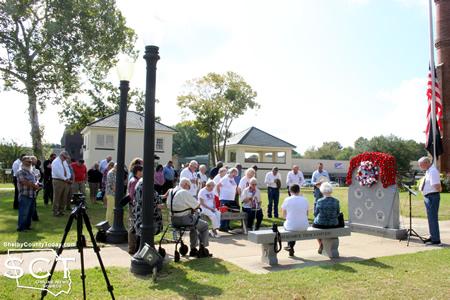 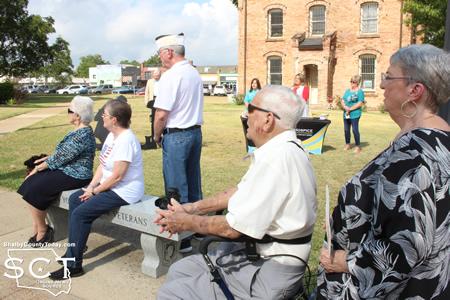 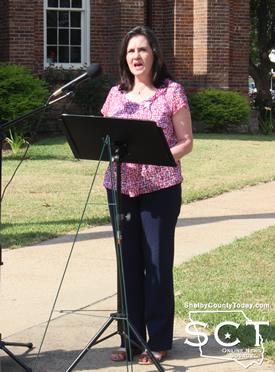