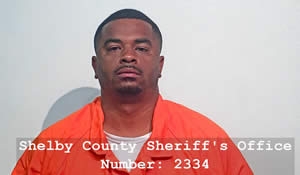 On May 18, 2022, an investigation was launched at the Shelby County Sheriff’s Office (SCSO) in regards to a complaint of an alleged theft that had occurred in the Shelby County jail. On May 17, 2022, Jones, who was employed as a correctional officer, was observed on video surveillance taking cash from a counter in the booking area. Jones then walked into a room used by jail staff and returned to the booking area sliding an unknown amount of money onto the counter.

The case was referred to the Texas Rangers for criminal investigation which resulted in a warrant for Jones on the charge of Theft by a Public Servant (M-A). Jones turned himself in to the SCSO on June 15, 2022 where he posted bond and was released.

“As I have done since taking the oath as your Sheriff, I will continue to be transparent about the operations of this office,” stated Sheriff Windham. “This was an unfortunate situation, and it is not something I am proud to release, but the public has a right to know.”

We appreciate the assistance of the Texas Rangers for helping with this investigation.