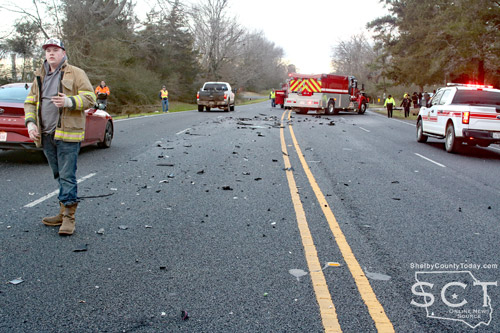 One vehicle remained in the middle of the highway, and two other vehicles involved were on the eastbound side of the roadway when emergency responders arrived at the scene. 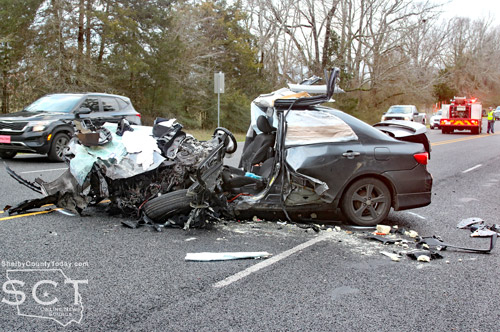 Center Fire Department personnel were called to the scene with Jaws of Life to help extricate the driver of one vehicle and assist emergency medical services in transporting him from the location.

Texas Department of Public Safety State Trooper Taylor Buster, assisted by Sgt. Aaron Shelton, are investigating the crash and they were assisted at the scene by Shelby County Sheriff’s Deputies and a Center Police Department officer who was heading home when she drove up on the crash. 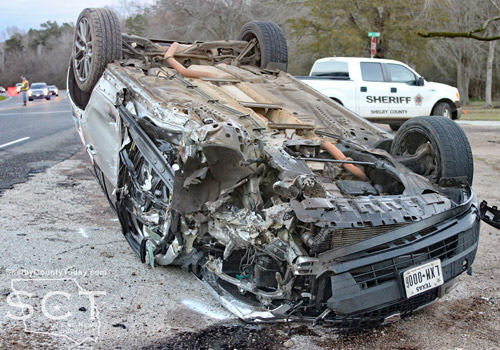 At this time, the driver of one vehicle is known to have been flown by helicopter from a landing zone at Excelsior ISD for treatment at a hospital. 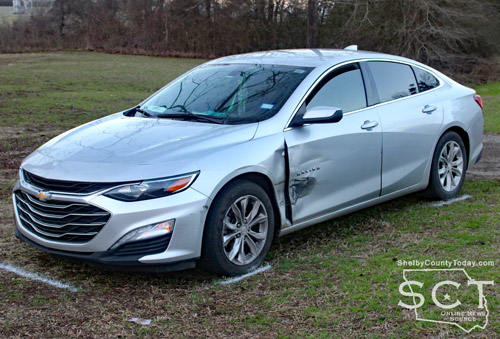 Glynndarius Mccoy, 24, of Nacogdoches, the driver of the Toyota, was transported to LSU – Shreveport for treatment. Mccoy was cited for traveling on the wrong side of the road, no safety belt and open container.

Hallie Martin, 21, of Chireno, driver of the Cadillac, was transported to Nacogdoches Memorial Hospital for treatment. 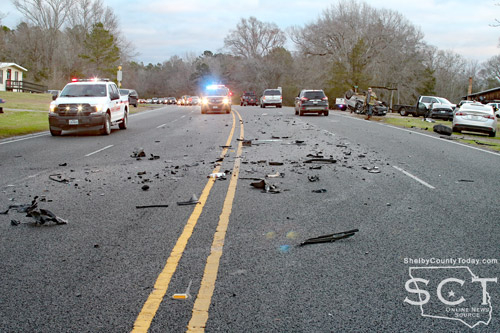 The driver of the 2019 Chevrolet, identified as Jokitha Oliphant, 42, was not injured.

Ahmad Chumbley, 32, of Center, driver of the 2014 Chevrolet, was transported to Center ER for treatment.

This is an ongoing investigation and there is no additional information available at this time. 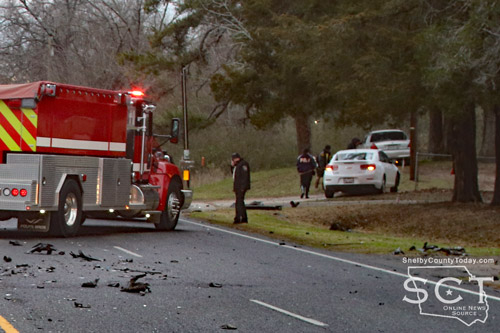 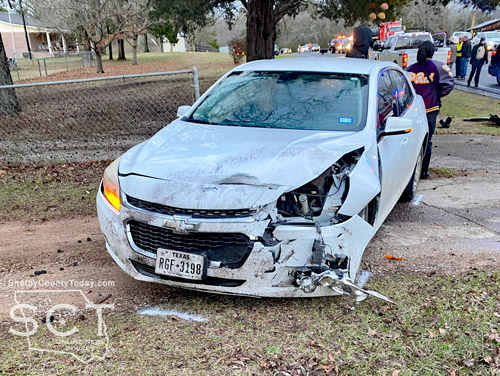