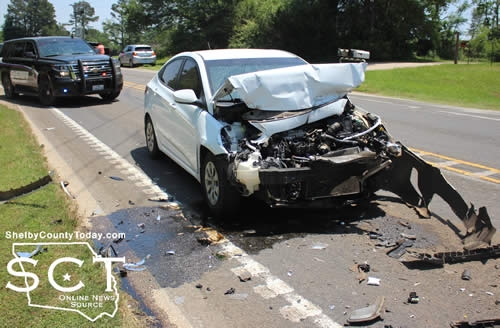 Emergency responders with multiple agencies arrived at the scene of the incident just after 12:46pm. 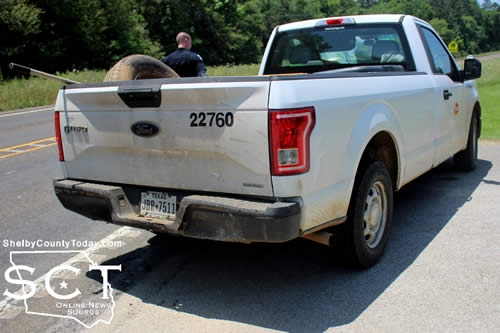 According to Texas Department of Public Safety State Trooper Keith Jones, a white 2017 Hyundai Accent driven by Alyssa Charlene Channel, 20, was northbound on State Highway 87. At that time, a white 2016 Ford F-150 pickup truck owned by Tyson Foods and driven by Emily Marie Skains, 29, had slowed to make a left turn onto CR 1396.

Channel had turned her attention to her infant child in the back seat and the Hyundai collided with the rear of the Ford, causing damage to both vehicles. 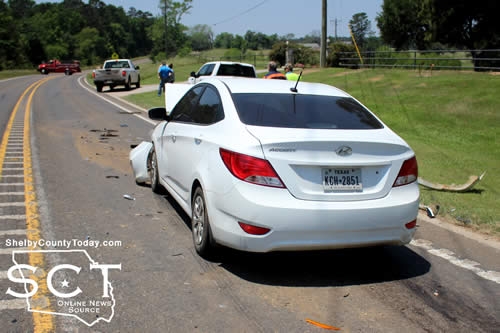 Emergency medical services evaluated those involved in the crash and no injuries were reported.

Channel was issued citations for fail to control speed, no driver's license, and no proof of insurance. 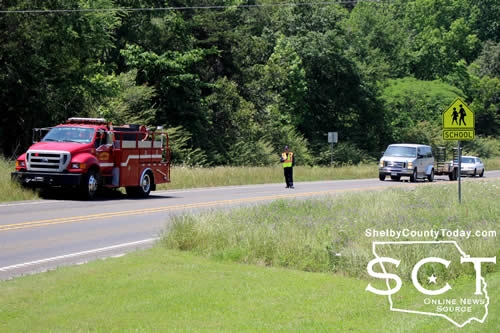