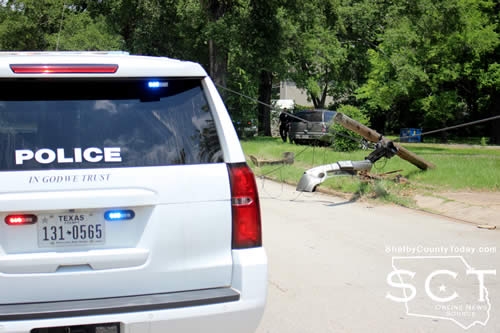 May 13, 2022 - Nacogdoches Street in Center was the scene of a single-vehicle crash Friday, May 13, 2022, involving an SUV striking a utility pole.

According to Center Police Officer John Clevenger, at around 1pm a tan 2003 GMC Yukon driven by LaTreveon Cartwright, 19, of Shelbyville was eastbound on Nacogdoches Street when his seat belt popped loose and hit him in the face, the GMC swerved to the right and struck the utility pole. The vehicle came to rest in a nearby yard. 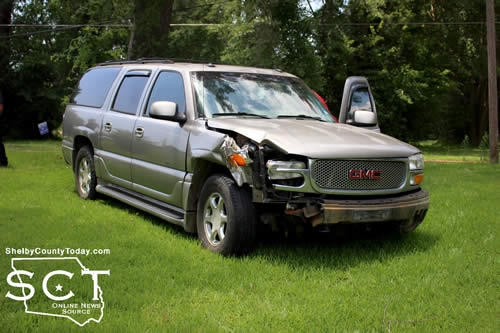 A Shelby County Sheriff's Deputy was traveling Nacogdoches Street at the time the crash occurred and was immediately on the scene to check on Cartwright and divert traffic.

Center Fire Department personnel arrived to help divert traffic around the incident location. A nearby utility company was able to eventually dislodge the remnants of the utility pole from utility lines and remove debris from the roadway. 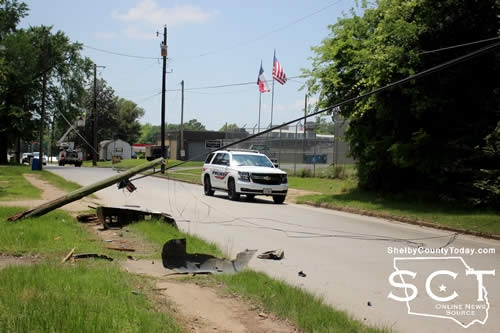 No injuries were reported as a result of the crash, and no citations were issued at that time.

The vehicle was towed from the scene. 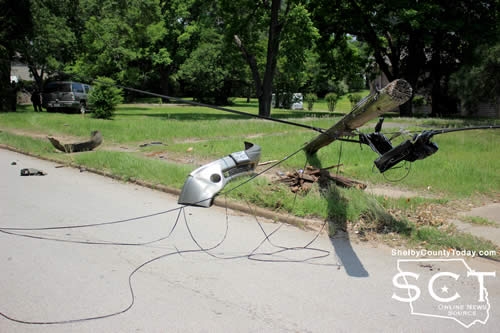