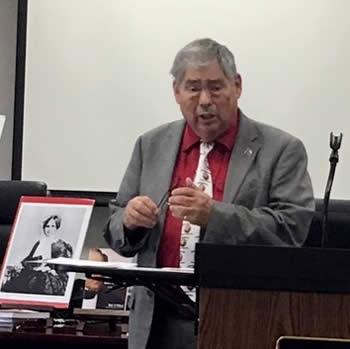 May 16, 2019 - When Sam Houston left for the U.S. Army at age 20, his mother gave him a gold ring with the word “Honor” inscribed inside, which he wore the rest of his life. Bill O'Neal wore a replica of that ring when he spoke about Gen. Houston to the May meeting of the Timpson Area Genealogical and Heritage Society last Wednesday. “I'm a Sam Houston man!” O'Neal declared proudly and many in the audience could echo that sentiment. 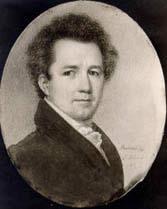 Bill O'Neal has been a member of the History faculty at Panola College since 1970 and was appointed Texas State Historian by Gov. Rick Perry in 2012. He is the author of over forty books and his 2016 Sam Houston, A Study in Leadership was the basis of his TAGHS program. “I like to refer to this talk as 'The Sam Houston Soap Opera' because it focuses more on Houston's personal rather than his political life.” O'Neal joked. He said he had hoped to debut his most recent book but since it has not been received by the publishers he would talk about Sam Houston. He brought along a number of his previously published books for sale, including the Sam Houston biography, as well as The Regulator-Moderator War and Sam Houston Slept Here: A Guide to the Homes of Texas Chief Executives.

Trying to compress the amazing life of Sam Houston into an hour's talk is a formidable task but Mr. O'Neal's deep knowledge of his subject allowed him to do so. Though he was born in Virginia in 1793, Sam Houston grew up in Tennessee, ran away from home, lived among the Cherokee Indians, learned their language, and was adopted by the chief. He distinguished himself during the Indian Wars and attracted the attention of Gen. Andrew Jackson. He was severely wounded and sought relief from the pain of his injuries from alcohol and would  remain a hard-drinking man for most of the rest of his life. He was a notorious ladies man. He practiced law. He rose to prominence in politics as a protege of Jackson and many expected him to be elected President of the United States. He fought duels. He was elected to Congress. He became Governor of Tennessee, an office he resigned when his wife deserted him. He became a drunk and returned to live with the Cherokee. He married a Cherokee woman without benefit of divorce from his estranged wife. In 1832 Sam Houston came to Texas. 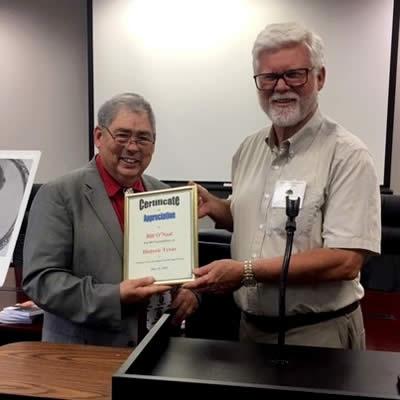 Once in Texas, Houston joined the revolutionary movement, soon being named a general in the Texan Army.  After the fall of the Alamo, Houston led the Texas Army to victory over Santa Anna at San Jacinto. When the Republic of Texas was established, Houston became it's President. He married a third time in 1840. Once Texas was admitted into the Union he served as a U.S. Senator and later was elected Governor of Texas, becoming the only man to serve as governor of two different states. Governor Houston opposed secession and refused to sign an oath of allegiance to the Confederate States of America, whereupon he was illegally removed from office by the Texas legislature. He lived out his final years in Huntsville. When he died on July 26, 1863 Houston's last words were “Texas – Texas – Margaret.”  His coffin was built by Union POW's who were imprisoned in Huntsville.