According to the West Shelby County Volunteer Fire Department (WSCVFD), they were dispatched to the residence of Linda Barbee at 4:36pm at the 1600 block of CR 1211 (Lake Pinkston Road). 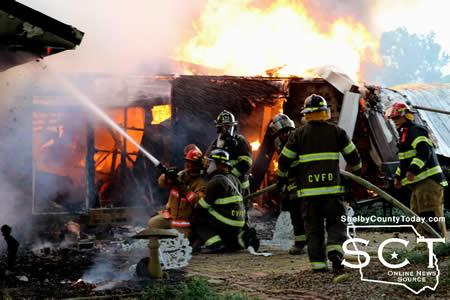 When the firemen arrived, the house was fully engulfed in flames and that's when they called for additional support which arrived by way of the Center Fire Department and Martinsville Volunteer Fire Department.

When the secondary units arrived the second floor was already gone and had collapsed on the first floor. 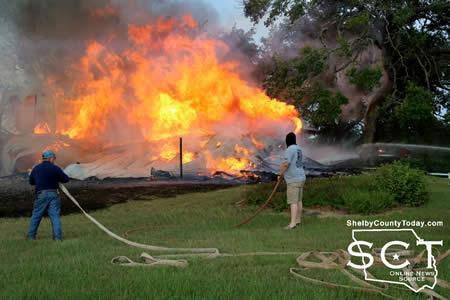 Grass and tanker trucks were on scene supplying water to all points of the structure.

According to the WSCVFD, it appeared the fire began in the utility room of the house near the garage where a truck was parked and was also lost as a result of the fire. The house was determined to be a total loss.

All units returned to the stations at 7pm. 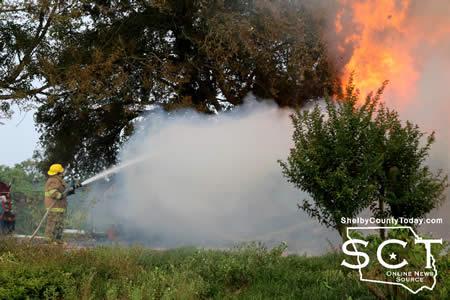 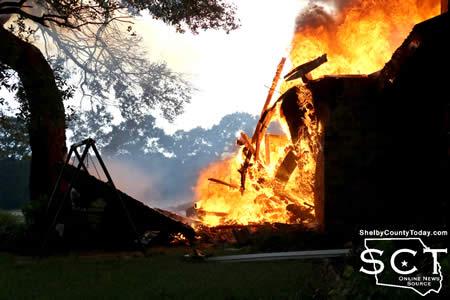 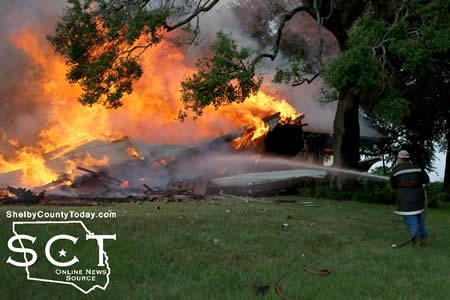 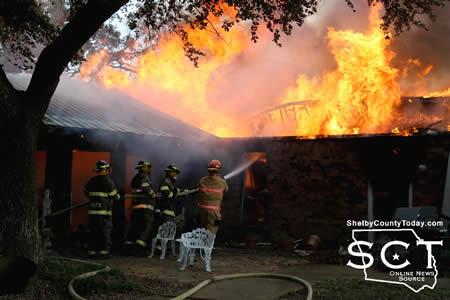 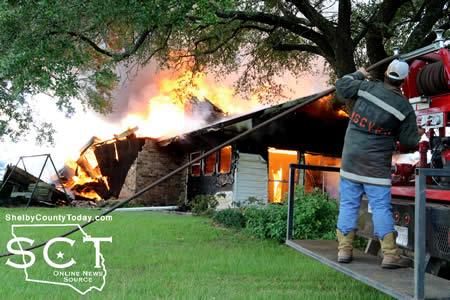 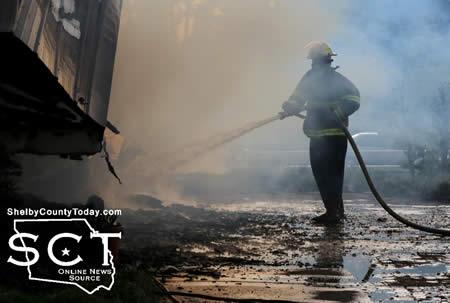 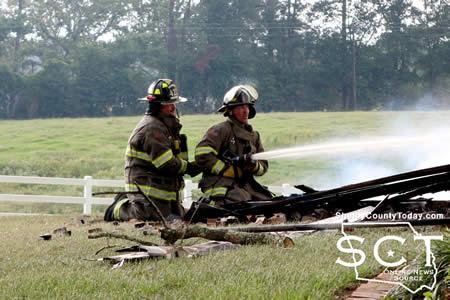 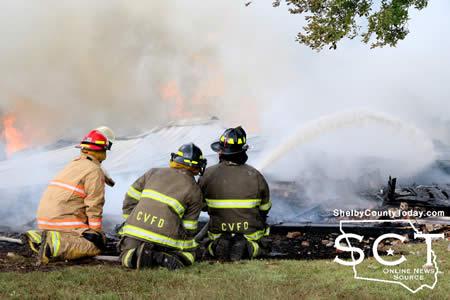