September 14, 2020 - We named him "Tom" since we never knew his name… or where he came from. For several years this old Cat made himself right at home at our house and scores of other houses in our part of town. His huge black and white body, short ears and slow, measured pace identified him… and his age. 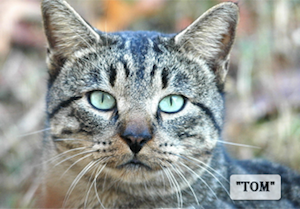 Our outside motion lights and Tom's loud, romantic, under-the-house encounters revealed he was around.…. even at night. He liked crouching near our bird feeders and taking naps by the goldfish pond. His many descendants were scattered all around town and except for their ages, they looked a lot like Tom.

When I go to my Church Study on Sunday mornings, more times than not I see Old Tom somewhere along the way. …but didn't see him last Sunday. As I entered the Study, I heard a blood-curdling noise in the hedges outside. I saw through the windows what looked like a fight between a large brown dog and a small white one. The large one was crushing and shaking the smaller one in an obvious effort to kill it. When I beat on the windowpane and ran outside, the large dog ran off and I began searching the bushes for its victim. It was then that I spotted him. It was Tom. His limp, bloody body lay stretched out motionless in front of me. When I called out, "Kitty…", he slowly opened his eyes, stared at me a few seconds… and breathed his last breath. 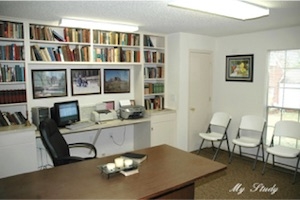 There were times over the past years that I wished Tom wasn't around. ….like when he'd catch a bird or serenade us at night. But I haven't felt that way since last Sunday. I would love to see him again… hiding in the bushes… taking a nap at the pond… or watching me through my Study window. I miss Tom.

He was a good cat.