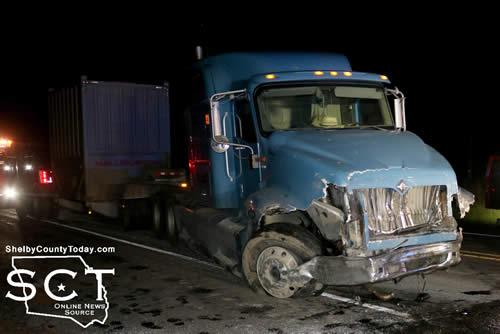 March 21, 2020 – U.S. Highway 96 at County Road 1012 around seven miles south of Center was the scene of a major two-vehicle crash which resulted in the deaths of two people involved.

According to the preliminary crash investigation led by Texas Department of Public Safety (DPS) Trooper Dustin Ramos, assisted by DPS Trooper Taylor Buster, at approximately 2:20am, a blue 2008 Pontiac G5 passenger car driven by Jordan Shisler, 28, of Center was traveling south. For unknown reasons Shisler crossed over the center of the roadway and was struck in the passenger side by a light blue 2007 International truck tractor semi-trailer driven by Jasper Houston, 30, of Frierson, LA.

Shisler and his passenger Jasmin Cavazos, 20, of Center were pronounced deceased at the scene by Donna Hughes, Precinct 1 Justice of the Peace. 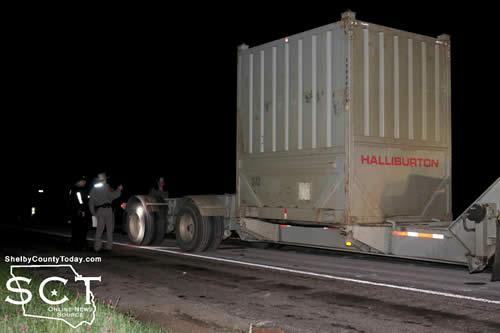 This crash remains under investigation. No additional information is available at this time.