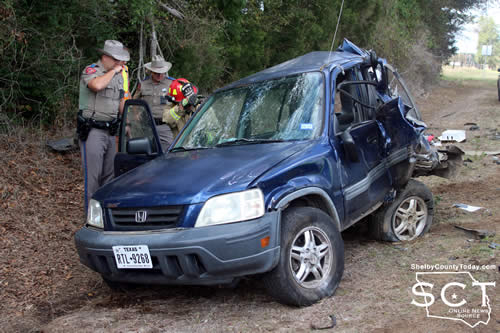 Emergency personnel with multiple agencies responded to the scene to assist those involved i the incident. Center Fire Department personnel utilized Jaws-of-Life to help emergency medical services personnel extricate the driver and passenger from one of the vehicles involved.

According to Texas Department of Public Safety State Trooper Dustin Ramos, at 1:30pm a white and blue 2014 Ford van driven by Gavin Davis, 23, for Whitaker Equipment, Inc. out of Carthage was southbound on U.S. Highway 96 in the inside lane near CR 4350. At that time a blue 1997 Honda CR-V driven by Robert Chambliss, 65, of Tenaha was also southbound in the same lane in front of Davis. 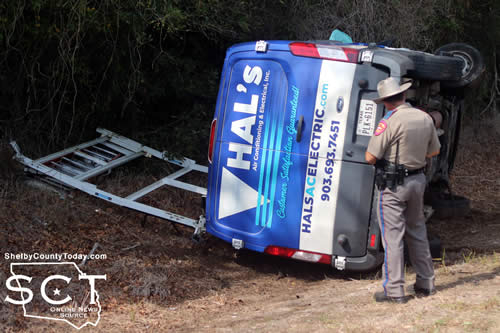 As the Honda slowed to make a left hand turn into a private drive with its left turn signal activated, the Ford failed to control speed and struck the Honda which caused the van to overturn and come to rest in the southbound shoulder on its driver's side. The Honda came to rest in the same location, upright and on the edge of the roadway.

Robert Chambliss and his passenger Barbara Chambliss, 64, of Tenaha were both transported by ambulance to Nacogdoches Medical Center - Shelby Emergency Department for possible treatment.

No injuries were reported of Davis or his passenger Marco Gonzalez Arcivar, 22. 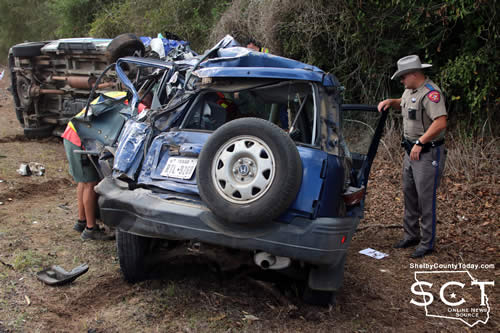 A citation was issued to Davis for failure to control speed. 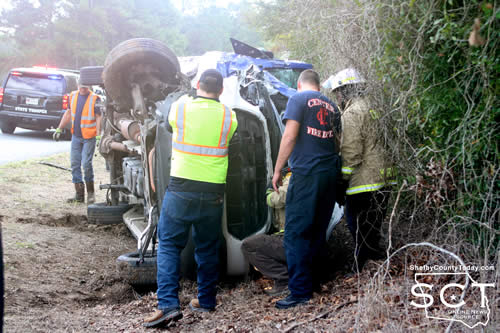 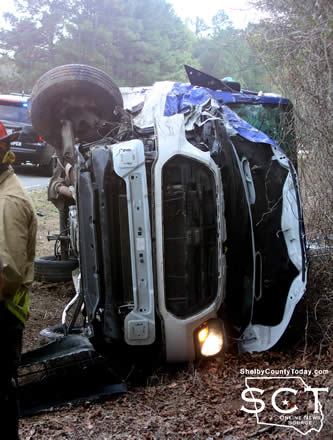 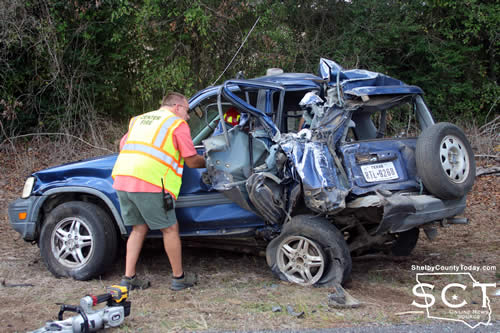 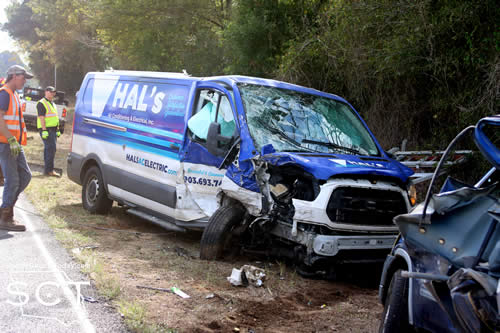 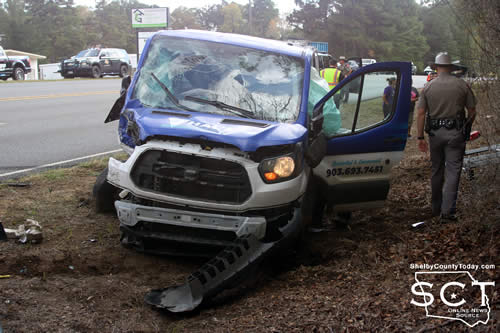 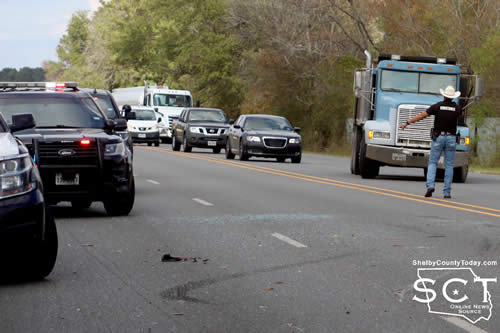 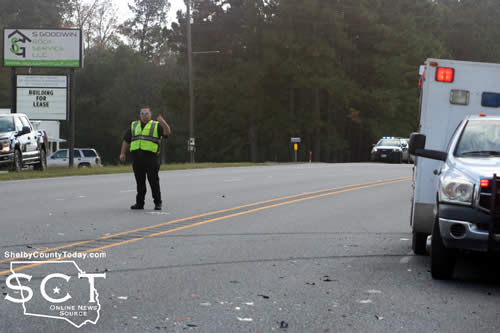