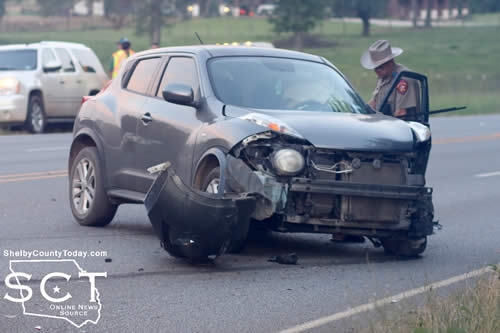 According to Texas Department of Public Safety State Trooper Keith Jones, at 8pm a black 2014 Ford Mustang driven by Zagloria Diesha Garrett, 30, of Dallas was southbound on U.S. Highway 96 North. At that time a grey 2011 Nissan Juke driven by Joshua Daniel Malone, 28, of Shelbyville failed to yield right of way entering U.S. 96 from CR [4356] when turning left. 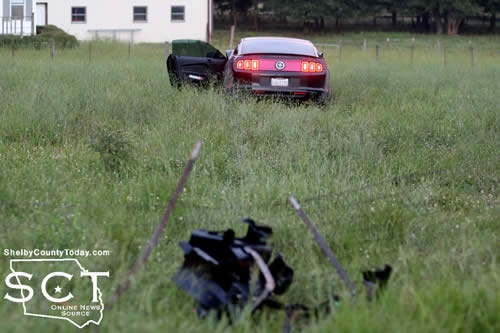 Unable to avoid the collision, the Mustang struck the Juke and traveled across the northbound traffic lanes, through a fence and into a pasture where it came to a halt. The Juke spun around and was left in the middle of the southbound traffic lanes facing the county road.

Garrett was transported from the scene of the crash by ambulance for possible treatment of injury. 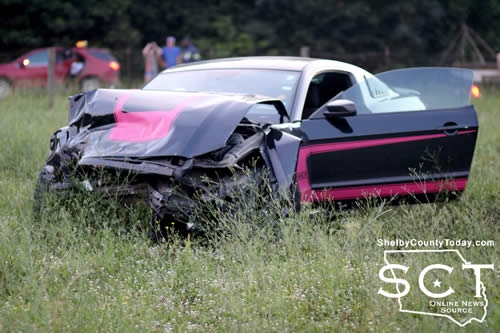 No injuries were reported of Malone. He was issued a citation for failure to yield right of way at stop sign.

Center Fire Department personnel were on scene immediately following the crash and diverted traffic around the crash scene until it was cleared. 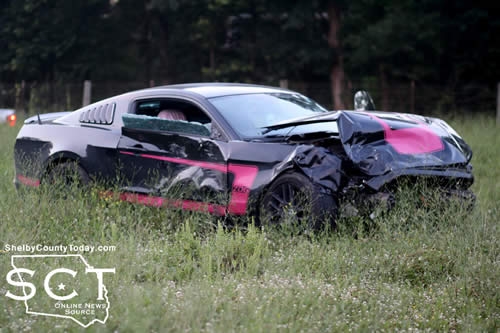