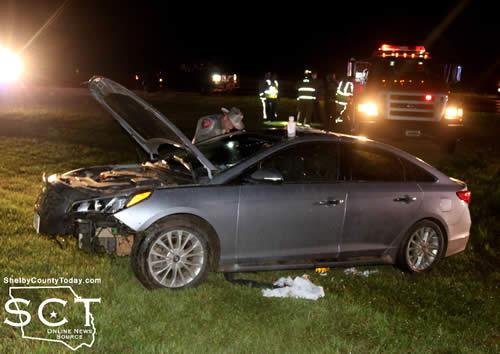 March 31, 2020 - Just over two-and-a-half miles south of Center on U.S. Highway 96 was the scene of a single-vehicle crash early Tuesday morning.

According to Texas Department of Public Safety State Trooper Keith Jones, at 3:50am on March 31, 2020 a grey 2015 Hyundai Sonata driven by Michael Blake Higgenbotham, 19, of San Augustine was northbound on U.S. 96 when he fell asleep while traveling to work.

The Hyundai left the roadway to the right, struck a mailbox and traveled through the barrow ditch before returning to the roadway. The vehicle then crossed the highway before coming to rest on the southbound side of the road. 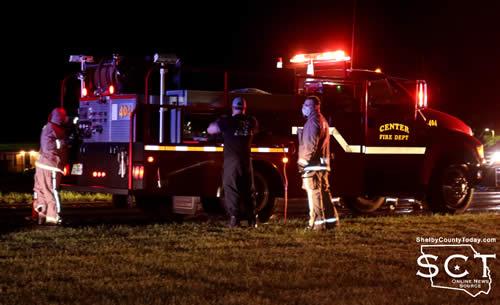 Center Fire Department firemen were dispatched to the scene where they cut Higgenbotham free of the vehicle. As the firemen worked, they did so with respirators for the protection of themselves and those around them.

Higgenbotham was transported by ambulance to Nacogdoches Memorial Hospital for treatment of his injuries. He will be issued a citation for failure to maintain a single lane.