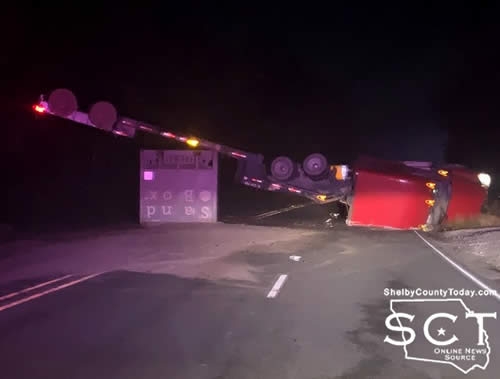 According to Texas Department of Public Safety State Trooper Keith Jones, DPS was notified of a one-vehicle rollover crash at 12:50am on U.S. Highway 96 North just north of SL 500. 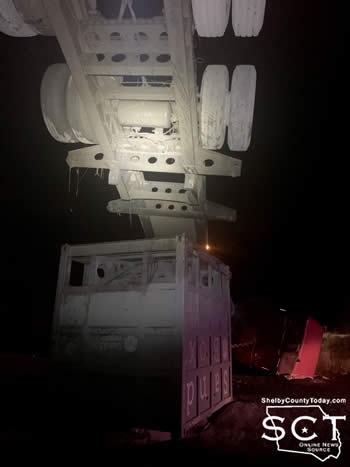 Investigation indicated a red 2015 Freighliner owned by ABC Trucking and driven by Charles Vander Ivory, III, 39, of Merrero, LA. was southbound on U.S. 96 pulling a 2018 Pratt trailer owned by Sand Box Location out of Katy when the truck-tractor entered a small left curve and exited the pavement. Ivory over corrected left and overturned both units right and top coming to rest in the roadway, blocking all lanes of U.S. Highway 96. 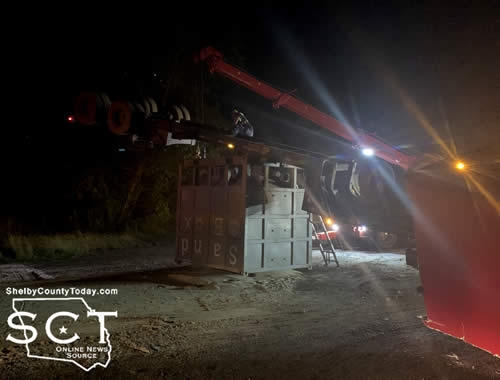 No injuries were reported as a result of the crash.

Ivory was issued a citation for failure to maintain a single lane.

The Center Fire Department was on scene until the scene was cleared around 5am. 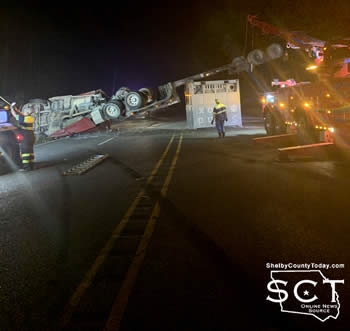