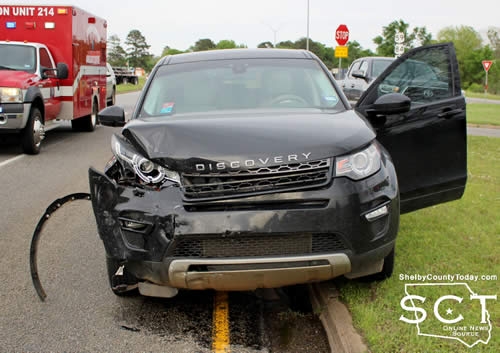 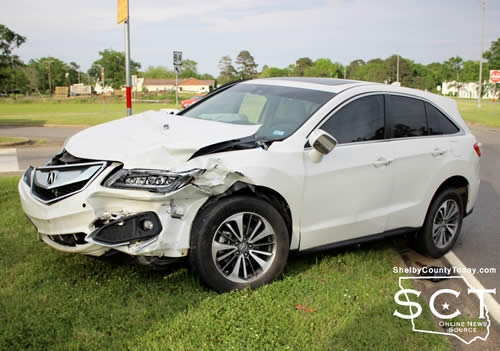 Upon arrival a white 2018 Acura RDX was located on the southbound median and a black 2016 Land Rover Discovery Sport was also in the inside southbound lane on a curb.

According to Texas Department of Public Safety State Trooper Brent Murray, the white Acura RDX driven by Ann Youngblood Tomlin, 75, of Center was eastbound on U.S. Highway 84. At that time a black 2016 Land Rover Discovery Sport was southbound on U.S. 59.

The Acura failed to yield right of way at a stop sign to the Land Rover which then struck the Acura.

A citation was issued to Tomlin for disregard stop sign.

TVFD diverted traffic around the crash location until both vehicles were cleared. 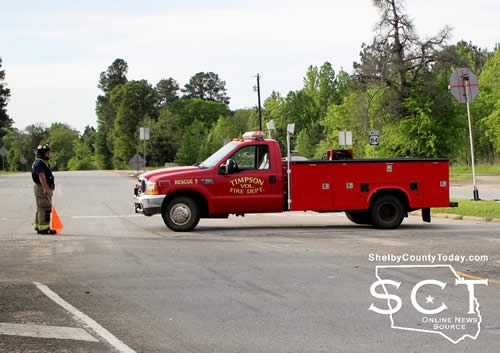