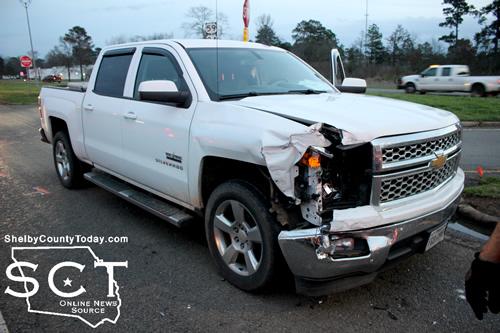 Timpson Volunteer Fire Department was dispatched to the location and Texas Department of Public Safety State Troopers investigated the crash as it was during a time Timpson Police Department was closed.

According to Texas Department of Public Safety State Trooper Dustin Ramos, at 5:05pm a white 2014 Chevrolet driven by Micah Nutt, 55, of Timpson was southbound on U.S. Highway 59 in Timpson.

As the Chevrolet was passing U.S. Highway 84 a black 2011 Honda CR-V driven by Trevor Warren, 24, of Houston failed to yield right of way from a stop sign. As it crossed U.S. 59 into the path of the Chevrolet attempting to enter U.S. 84, the truck collided with the right rear quarter of the Honda. 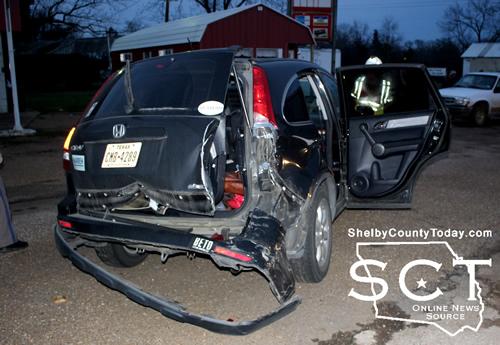 The Chevrolet came to a stop in the southbound traffic lane of U.S. 59 and the Honda pulled into a nearby parking lot.

Warren was issued a citation for fail to yield right of way - stop sign.

The location of the crash was the same spot where a fatal crash occurred on January 9, 2020, involving similar circumstances. 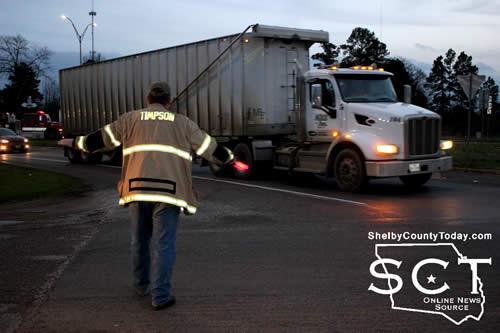 According to State statistics, there have been 24 crashes at the intersection over the past 10 years. Timpson Police Department investigated 20 of those crashes with one of them having been a fatal incident. Texas Department of Public Safety has investigated four crashes in that location with one of them also having been a fatal incident, which was the most recent.