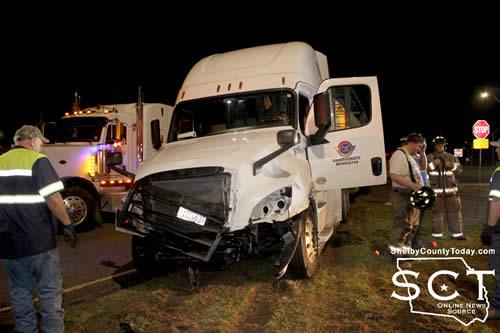 January 10, 2020 - The intersection of U.S. Highways 84 and 59 in Timpson was the scene of a major two-vehicle crash involving an 18-wheeler and passenger car, which resulted in the death of one driver involved.

According to Texas Department of Public Safety (DPS), emergency personnel responded to a two vehicle crash Thursday night, January 9, 2020 at the intersection of US 59 and US 84, inside the city limits of Timpson. 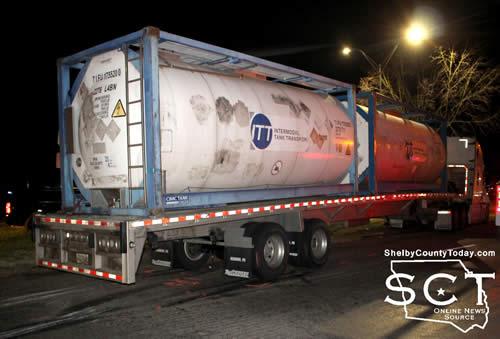 The preliminary crash investigation indicates at approximately 9:50 p.m., a 1997 Honda passenger car failed to yield right of way from US 84 and was struck by a southbound 2019 Freightliner truck-tractor semi-trailer.

The driver of the Honda is identified as Dezmond McKinney, 27, from Mansfield, LA. McKinney was pronounced deceased at the scene by Justice of the Peace Precinct 5 Tracy Broadway.

The driver of the Freightliner is identified as Maksym Kabakov, 50, from Des Plaines, IL. Kabakov was not injured as a result of the crash.

No additional information is available at this time. 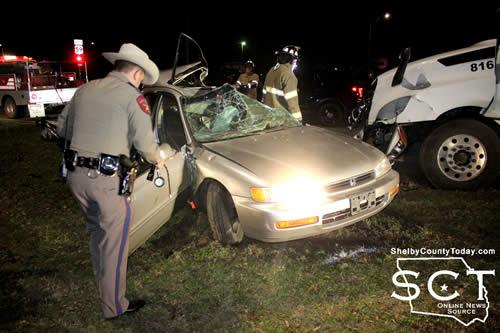 Additional damage to the car in the picture was incurred with the use of Jaws of Life to extricate the driver. 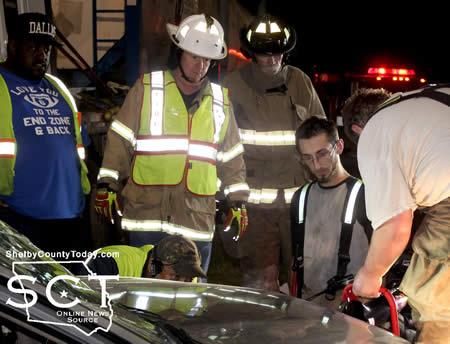 Volunteer firemen assisted wrecker personnel in moving the car involved by utilizing Jaws of Life on the car.