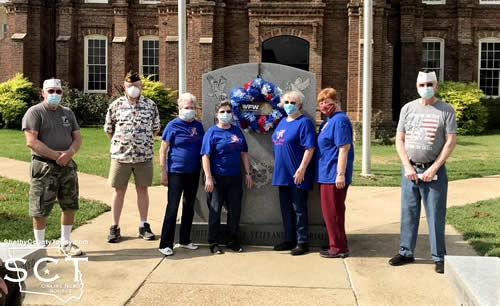 "The war in Iraq began on March 20, 2003 and continued until the 31st of August 2010. It's been 10 years since the end of hostilities, and it's our duty as fellow veterans and citizens to insure that this piece of history and scrifices made are never forgotten," said Larry Hume, Quartermaster. 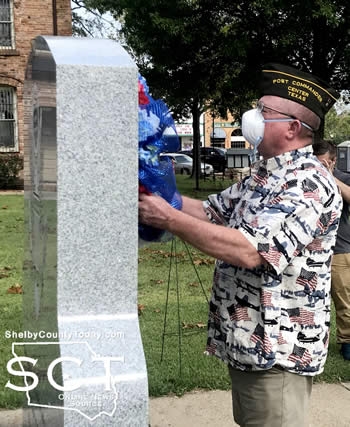 Hume explained over 4,400 Americans paid the ultimate sacrifice during 9-plus years of the war, and that includes U.S. Army Specialist Larry E. Polley Jr., of Shelby County, on January 2004.

"Larry graduated from Center High School in 2001 and was 20 years old when killed in action," said Hume.

Many more Americans suffered wounds and loss of limbs in that war.

One veteran present during the ceremony who served during the Iraq War was Mike Langford, VFW Post member, and he hung the memorial wreath upon the Shelby County Veterans Memorial.

Taps was then sounded as presented by VFW member Gene Hutto.

Hume announced the VFW Post 8904 would be hosting another ceremony September 2, at 10am in remembrance of VJ Day. 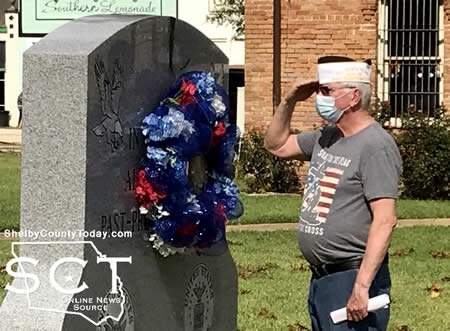 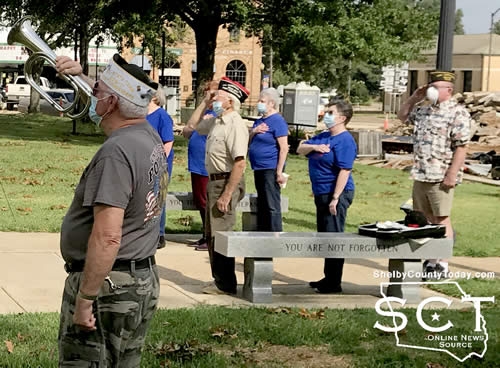