"The war in Iraq began March 20, 2003, and continued all the way to August the 31st 2010, and that's been 12 years since the end of the hostilities and it's our duty as fellow veterans and citizens to ensure that this piece of history and sacrifices made are never forgotten," said Larry Hume, Post Quartermaster. "Our gathering here today is a small but heartfelt thank you to those American patriots who served."

Hume continued, "During the Iraq War 4,486 Americans paid the ultimate sacrifice, including Shelby County's own U.S. Army Specialist Larry E. Polley, Jr., in January of 2004. Larry graduated from Center High School in 2001, and was 20 years old when he was killed in action."

In the audience during the ceremony were Polley's father, Larry Polley Sr. and his mother Lois. Hume indicated their presence to those in attendance and applauded them as well as thanking them for their presence.

The opportunity was offered by Hume for anyone present to recognize any other Iraq Veterans present who had served, and two others in the audience were recognized including Mike Langford and Dennis Mince. 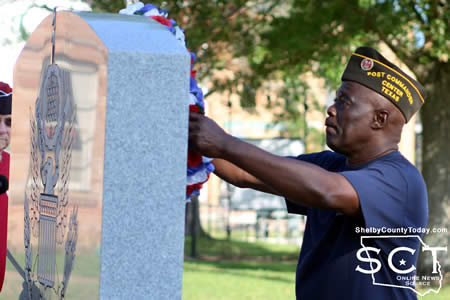 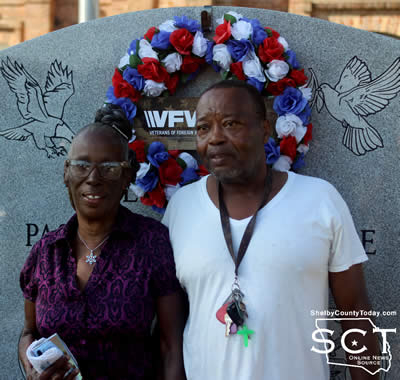 In honor of Iraq Veterans, Post Commander Richard Lundie placed the memorial wreath upon the Shelby County Memorial. Taps was then played as presented by VFW member Gene Hutto.

The original plan for the upcoming VJ Day event was to be in Bossier City with A.J. Procell who was in Tokyo Bay on September 2, 1945 when the Japanese surrendered. Hume stated Procell is now 98 years of age and he lives in the Veteran's Home over in Bossier City.

"So we were all set to go over there and visit him, and honor him and seven other World War II veterans that they had over there. But, some of the staff members, at least one or two, came down with Covid and with that they had to go into a Covid protocol and we couldn't have our ceremony [in Bossier City]," said Hume. 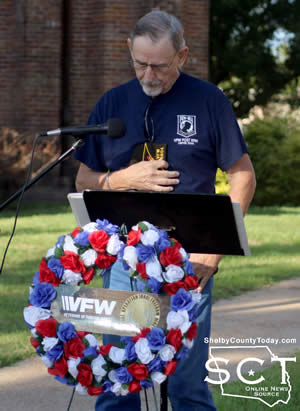 Hume informed all present the next observance of VJ Day would be this coming Friday, September 2, 2022, at the Shelby County Memorial at 9am. 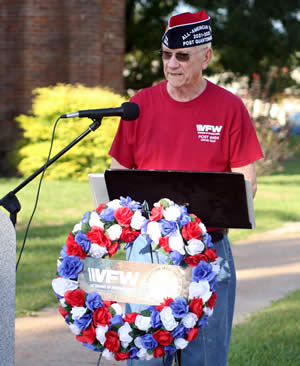 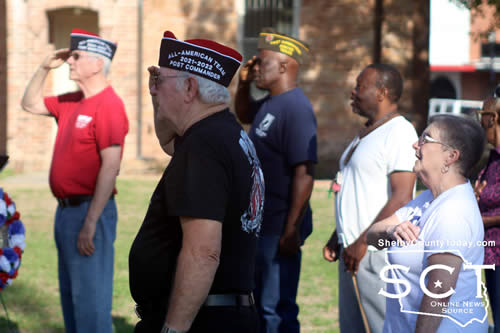 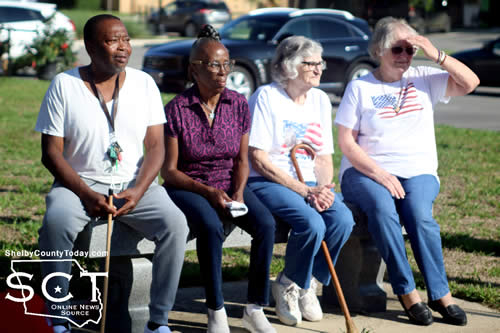 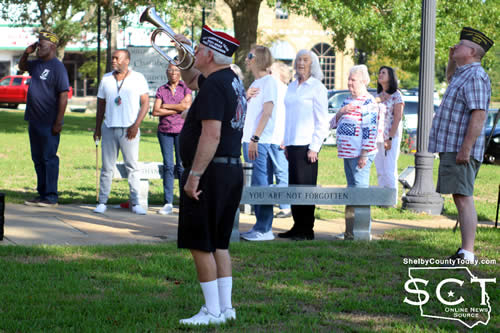 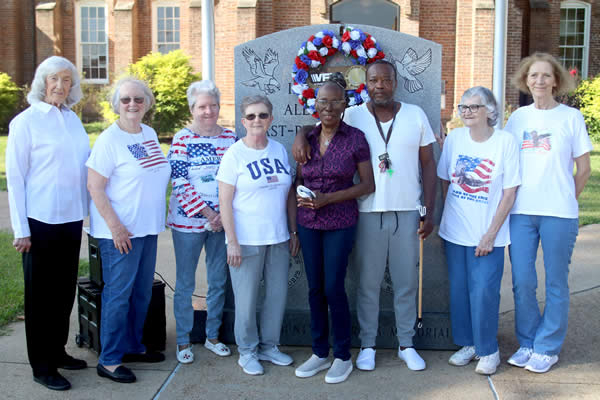