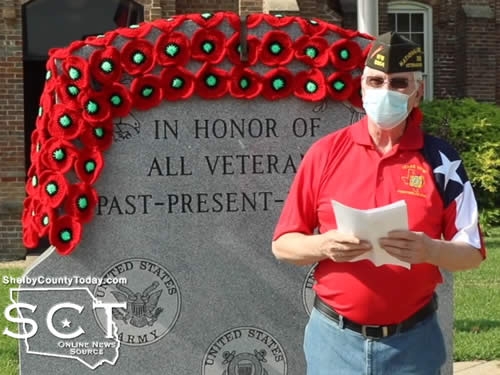 The program was led by VFW Post Quartermaster Larry Hume, and he stated, "We're here this morning to honor over 3,000 people who died on September 11, 2001, 19 years ago and all those who have served and sacrificed greatly in the years since in the war on terror."

Jessie Griffith placed the memorial wreath on the Shelby County Veterans Memorial, which was followed by the playing of Taps, presented by Mike Langford.

Hume thanked everyone for attending and Shelby County for replacing the United States and Texas flag. 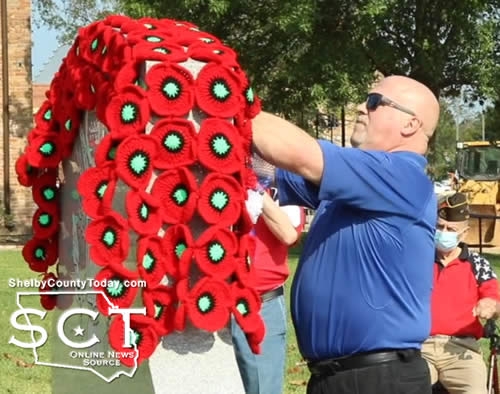