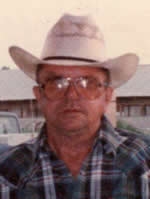 Born May 14, 1939, Jack is the son of the late Clifford Reeves Denby and Versie Viola Denby. He worked as a chicken farmer and truck driver. Mr. Denby was a member of Mt. Pleasant Baptist Church in Shelbyville.

Thank you to Affinity Hospice and Pastor Gordon Vaughn for their compassionate care.