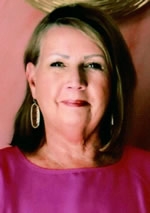 Visitation will be held from 5:00 p.m. to 8:00 p.m., Friday, October 15, 2021, at Watson and Sons Funeral Home in Center with funeral service at 2:00 p.m., Saturday. Bro. Harold Demment, Sister Melba Rodgers, and Bro. Lamar Rash will officiate. Interment will follow at Oaklawn Memorial Park in Center.

Born August 29, 1955, in Center, Patricia is the daughter of Aaron Porter and Hersey Belrose Porter. Her hobbies included shopping, traveling, and eating at Saltgrass. Her grandkids were her pride and joy. She was a member of Folsom Chapel Church.