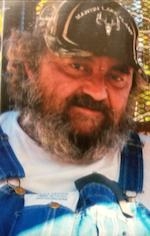 Robert is survived by:

Numerous nieces, nephews and a host of family and friends.

Sonny was a proud member of Local 587 Union Hall, where he was a combo welder and specialty welder. He was also a diesel mechanic in his father’s shop for many years, he had a passion for working on anything mechanical, and he was a regular jack of all trades. He was a very loving and devoted husband, father, grandfather, and friend to many.

To send condolences or to sign an online register please visit www.mangumfh.net. Services are being managed by Mangum Funeral Home in Center, Texas.