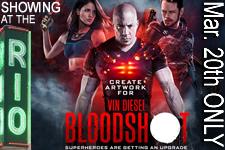 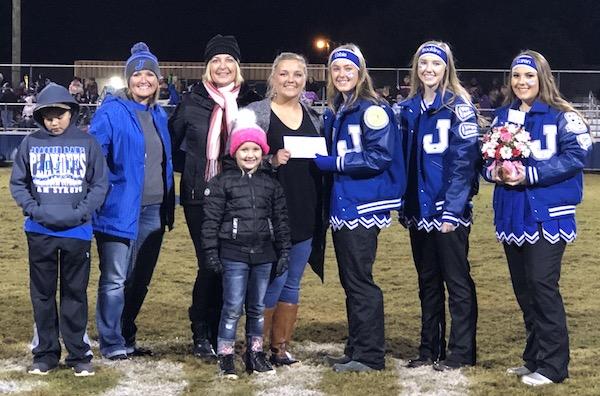 November 4, 2019 - Breast Cancer Awareness Month, marked in countries across the world every October, helps to increase attention and support for the awareness, early detection and treatment of this disease.

During Friday night's Joaquin game, students are gathered to make a contribution to Boo’s Battle Support Fund, which has provided assistance for families in our community that has faced the battle of cancer.

Boo’s Battle was formed in memory of Brandi Mills. A loving mother, daughter, friend, aunt and sister. Brandi was also a 2005 graduate of Joaquin High School. Brandi was diagnosed with Stage 4 breast cancer February 16, 2015 and lost her battle June 27, 2017. Her family wanted to keep her memory alive by helping others during their battle with this awful disease, cancer. Brandi was a warrior and fought hard to stay with her sons, Hunter and Henley, current students of Joaquin Elementary. Throughout her battle, she was assisted by our community through fundraisers, love and prayers.

Joaquin High School’s BETA Club, Family Career and Community Leaders of America, and cheerleading squad joined forces this year to organize our Pink Out Week. Events were held on all campuses bringing in a grand total of… $4,297.29!

At the game was Boo’s Battle committee members, Amanda Kirby, Chris Martin and Judy Monroe here to accept a donation. Presenting the donation are officers from BETA, FCCLA and JHS Cheer Squad captains.

If you are a family battling cancer and needing assistance you can reach out to the Boo’s Battle Support Fund Facebook page. An application can be emailed to you by messaging the page.

We are grateful for the community’s contribution to Boo’s Battle and are proud to be a part of their success! Boo’s Battle has been able to help over 60 families in our community! At the beginning or end of daylight savings time is a good time to do a routine check of items in your house. Test items such as smoke detectors and install new batteries to help keep your family and home safe. Check your hot water heaters and other areas which aren't seen regularly.

Clean out dryer vent hoses which can become clogged with lint and cause dryers to not perform as well. Lint is highly combustible and decreased airflow can cause overheating of the exhaust ducting resulting in a fire. After inspecting and cleaning out the dryer vent ducting, check to make sure when you push the dryer back in place that the duct doesn't have a bend causing poor air flow.

Lastly, annual checkups for pets is great too!

Have a Happy Thanksgiving!!!

October 31, 2019 - Below is a list of community Halloween activities from now through Halloween. Have a safe and Happy Halloween! 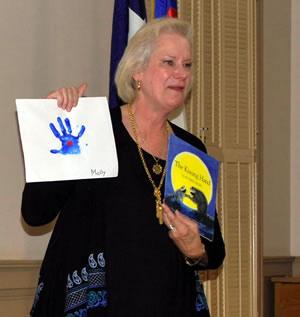 October 31, 2019 - The Shelbyville Volunteer Fire Department is selling a limited number of tickets for their annual Raffle Fundraiser which includes a 2019 420 Honda Rancher 4-wheeler 4x4 with trailer. The trailer is donated by L & R Timber and Common Disposal.

The drawing will be held Friday, November 8th at the Shelbyville football game. Only 300 tickets will be sold for $50 each. The raffle also includes chances to win a Taurus 9mm pistol donated by Shelby Savings Bank; a 50" Flat Screen TV; and three (3) drawings for $100 Visa Gift Cards. All together tickets have six chances to win.

The 4-wheeler winner will be responsible for 4-wheeler and trailer tax, title, and license. Gun winner will need to pass a background check.

Contact any Shelbyville Volunteer fireman for tickets and tickets will be for sale at Shelbyville football games played at home. Call Darren Whiteside at, 936-590-2317.

October 28, 2019 - The Shelby County Chamber of Commerce Santa’s Christmas Parade Committee announces the 2019 parade will be held on Saturday, December 7, 2019 beginning at 6:00pm. The Parade is presented by Shelby Savings Bank. The theme for this year’s parade is “Songs of the Season”.

Categories for the 2019 Parade will include: Individuals, Schools, Businesses, Churches and Civic Organizations. Judges will award cash prizes to the top three places in each category. The Float Competition Sponsor is the City of Center.

Parade float entry registration is free and completed applications must be returned to the Shelby County Chamber of Commerce office by Wednesday, November 20, 2019.

We hope there will be a lot of entries. Decorate your pick up truck, golf cart, horse and buggy etc. Join in the holiday festivities and have fun!

The Taste of the Holidays, sponsored by Shelby Savings Bank, will be held on Thursday, December 5th at the Windham Civic Center from 5:00p.m. – 8:00p.m. There will be delicious food samplings available.

For more information contact the Shelby County Chamber of Commerce at 936-598-3682 or email info@shelbycountychamber.com. 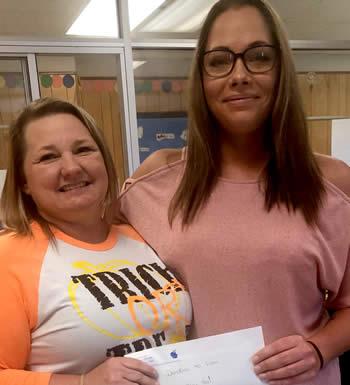 October 24, 2019 - Excelsior would like to thank everyone that graciously donated money for our student, Liam Hill, who is battling leukemia.

Liam is a kindergarten student here at Excelsior. We are still taking donations that will go towards his ongoing medical expenses. Please contact the school if you wish to donate.

Please continue to lift up Liam and his family in your prayers. 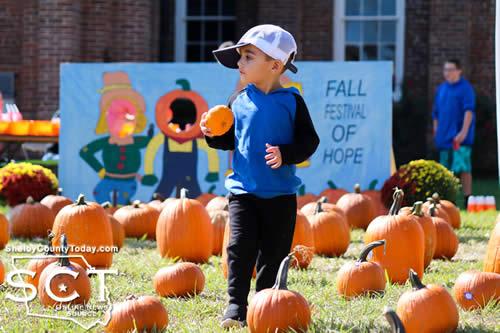 To kick off the event a 5K run was held at the John D. Windham Civic Center. After the race was completed, the awards were presented on the square amidst the large variety of vendor booths.

Judy Monroe welcomed everyone to the event and Christine Taylor honored the participants with their medals. 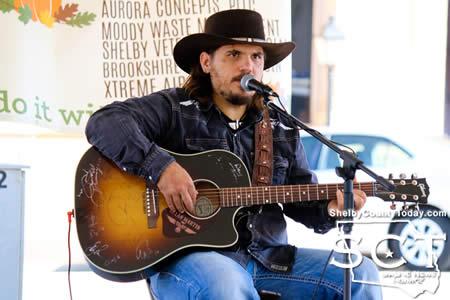 As the day progressed several other activities continued throughout the event. A variety of homemade pies and cakes were brought to be judged by Cindy Lindsey, Kenneth Wagner and Rolando Solis. 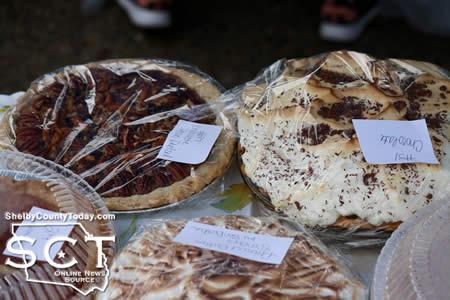 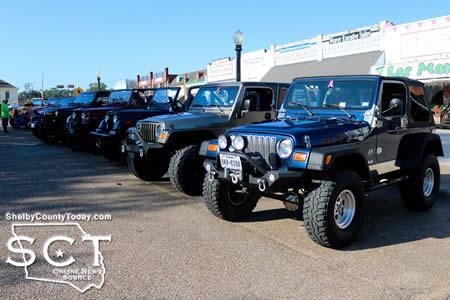 The first ever Crushin Cancer Jeep Show sponsored by Wright Chrysler Dodge Jeep was also held during the festival and the winners are as follows:

There were three participants in a chili cookoff this year. After the cooks worked hard preparing their chili, and once it was judged the awards were announced. 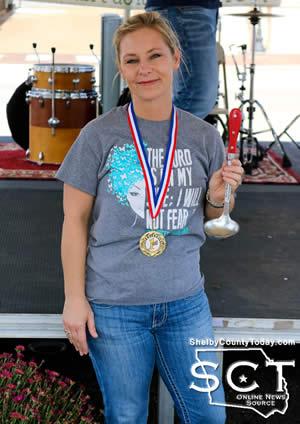 Proceeds are to go to the Boo’s Battle Support Fund, a non-profit organization designed to benefit local families who are battling cancer.

"God is blessing this non profit to be able to help so many people who are battling cancer. We couldn’t do it without any of you. We are so amazed and all the glory to God. We want to thank everyone for all the continued support. If you or someone you know needs assistance please message us or tell them about us. We are here and plan on being here for a very long time."

A pink Yeti cooler with additional items donated was also included in a raffle with the winner being Cindy Throckmorton.

The Boo's Battle Support Fund organization expressed thanks all those who bought tickets and donated the items. They also had great gratitude to all businesses who donated these items, and they thanked everyone for buying chances and helping raise money for such a great cause.

In addition, Brookshire Brothers in Joaquin was high on their list of contributors for donating all the pumpkin patch pumpkins for the 2nd year in a row.