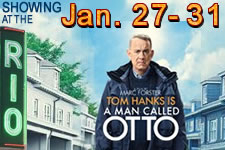 June 13, 2015 (Album1, Album2, Album3) - The 2015 Miss Deep East Texas Dream Girl Pageant was held Saturday, June 13th at the John D. Windham Civic Center. Beautiful girls and young ladies from all over Shelby County took to the stage in hopes of being crowned Miss Dream Girl. Contestants presented their best attire in sportswear and evening wear as well as junior miss and older divisions participated in an interview portion of competition. Those old enough for the interview also presented a campaign which they supported. The young ladies spoke about what was important to them and topics included 'say no to drug', stop domestic violence, importance of volunteering especially at nursing homes, stop bullying, colon cancer awareness, and many more great causes.

Below are the pageant results:

Assisting the members were Boy Scout troop 119 and local residents.

Larry Hume, Post Quartermaster, led the initial ceremony. He provided a history of Flag Day which commemorates the adoption of the United Sates flag on June 14, 1777 by resolution of the Second Continental Congress. In 1916, President Woodrow Wilson issued a proclamation officially establishing June 14 as Flag Day and in August 1949, National Flag Day was established by an Act of Congress.

"The flags that we retire here today that are on this table have served us well, but due to their condition are no longer suitable for display. Fresh flags now fly in their place and they carry on the honor and dignity of 'Old Glory,'" said Hume.

The Pledge of Allegiance was said one last time in the presence of the flags before their retirement followed by Taps as presented by Post Commander Mike Langford.

Langford then directed everyone participating in the flag retirement ceremony on the proper etiquette to retiring the U.S. flag.

Information on proper flag etiquete can be read by clicking here June 12, 2015 - Children attending the Summer Reading Program at the Fannie Brown Booth Memorial Library were participating in outdoor activities on Thursday afternoon, June 11, 2015 in the front yard of the library.

Several of the activities the children were invested in included panning for gold in wading pools, roping, Snake in the Boot, target practice with rubber bands and aluminum cans as well as a watermelon seed spitting contest.

Roy Davis led the activities and he was assisted by Catherine Spann, librarian. The program will continue for the next five weeks. June 11, 2015 - Traffic in Shelby County was slowed down considerably in certain areas as a large convoy rolled through on U.S. 96 hauling enormous tanks on Wednesday, June 10, 2015. As the convoy transitioned through Center on Hurst Street at 1:30pm, utility trucks could be seen moving in place ahead of the haulers to raise power lines and move any other obstacles out of the way.

Police officers on motorcycles from another area also assisted by directing traffic along the route. Previous to the tanks entering the intersection of Moffett Drive and Timpson Street, the pole holding the stoplights on the northbound side was unbolted and lifted out of the way and the convoy continued toward Tenaha.

A member of the convoy stated the convoy began in Houston and they were traveling to Arkansas. The tanks had coverings on them which had the name Hormecal on them which is a company out of Spain who manufactures equipment mainly for water works and steel works.

Although there were delays, and a brief power outage of about 20 minutes near the north circle in Center, the convoy moved through relatively quickly considering the size of the equipment they were moving.

For those curious about the equipment, Hormecal can be found online at the following link - http://hormecal.com/ing/em.html The meal was a buffet of brisket, chicken, sausage, baked beans, and potato salad prepared by Pete Low. Portacool, a sponsor for the event, provided those attending with a cap and a tactical flashlight. Sponsoring the event were Specter, Inc., Portacool, and McAdams Propane. Center Garden Club members gathered in the Community Room for a meeting on the second floor of the Shelby County Courthouse in Center. The proclamation was presented to Charles Rushing, Mayor Pro Tem, who received the proclamation on behalf of the City of Center. June 8, 2015 - The Pony Express visited Joaquin and Center today June, 8, 2015 to announce the approach of Timpson Frontier Days. Danny Dixon astride his horse Pepper, Rose Dixon and Sarah Dixon on her horse Floyd arrived at each location in the presence of Timpson Area Chamber of Commerce representative Marilyn Corder as they invited one and all to the event.

Timpson and Tenaha will be the other Shelby County cities visited in anticipation of Frontier Days with Timpson at 10am and Tenaha at 10:30am. All are invited to attend. Gracie Leach won her division and was crowned Rodeo Princess. She also received the horsemanship award. Leach is the 10 year old daughter of Mark and Jennifer Leach of Shelbyville.

Morgan Leann Patton was crowned the 2015 SCSP Rodeo Queen and will receive a scholarship. She was the horsemanship winner as well. Morgan is the 17 year old daughter of Janna Patton and Gordon Wallace. She is a junior at Joshua High School in Crowley, Texas. Scarlett Addington was 1st runner up. Addington is a 21 year old junior at Lonestar College in Kingwood. Her parents are Brett and Susan Addington of Dayton. A Pineywoods Home Health Moves To A New Location

June 7, 2015 - A Pineywoods Home Health would like to announce the moving of the Center office from 975 Southview Circle to 304 Logansport Street Center, Texas 75935. The new office is located in the old ETMC/Dr. Todd’s office behind Boles Feed. We would like to thank the residents of Shelby County and the surrounding counties for allowing us to provide home health services to your loved ones for the past 20 years and look forward to serving you in the future. "We're here today to commemorate the 71st anniversary of one of the most important dates in our country, commonly known as D-Day, the codename was Operation Neptune. D-Day was the turning point in World War II on June 6 [1944], which is tomorrow, saw the start of the largest air and sea operation in military history."

Hume continued by describing the amount of military involved in the operation. On D-Day the allies landed around 156,000 troops of which 73,000 were Americans. The amount of equipment used was staggering and the airborne landings on both flanks of the Normandy Beach 2,395 aircraft, 867 gliders of the Royal Air Force and the United States Army Air Forces were used on D-Day. It also involved huge naval forces including over 6,900 vessels, 1,213 navy combat ships, 4,126 landing ships and landing craft and 736 ancillary craft and 864 merchant vessels. "Today we take time to reflect on what took place on the beaches of Normandy and appreciate the sacrifice made by so many to ensure the continuation of our free market economy and our federal republic," said Hume. "Their sacrifice helped us keep the freedoms we enjoy, and the irony is that among those freedoms they sacrificed for was the freedom to choose to ignore this day if you so wish and many do as you can see today."

Hume thanked all who were present and those that regularly attend VFW ceremonies. In honor of those who sacrificed on June 6, 1944 and the days following a memorial wreath was placed on the Shelby County Veterans Memorial by Newton Johnson, Senior Vice. Taps was then presented by Mike Langford, Post Commander.