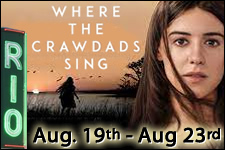 February 17, 2015 - The Shelby County 4-H Food Project students have been quite busy over the past several months. In November, the Food Project began with educational workshops on Kitchen Safety, Food Safety, Nutrition Basics and Public Speaking. During these workshops, participants practiced the knowledge gained while perfecting their food prep and cooking skills.

The Shelby County 4-H Food Project group had participants in the Food Challenge and the Food Show competitions at the District level which was held Saturday, February 14, 2015 at Stephen F. Austin State University in Nacogdoches, TX. Those placing and participating at the district show were as follows:

Project Leaders Shannon Menefee and Kim Oswalt have really worked hard to provide leadership and relevant educational workshops for our 4-H Foods Project. A special thanks Mrs. Menefee and Mrs. Oswalt for going above and beyond to make this experience for the kids fun and enjoyable and also for taking their time to make our community a better place for our youth. February 16, 2015 - The Little Fox Marketplace and Just Stuff are pleased to announce the winners of our Valentine's Day Guessing Contest. For several weeks, shoppers guessed the number of balloons in the front display window. Just Stuff (KB Axen) and db Metal Art are two of the fantastic vendors at The Little Fox Marketplace on the Center Square. "Like" us on Facebook to get updates on an exciting new art contest coming soon!