“Python in the Gun Shop” By Doug Fincher 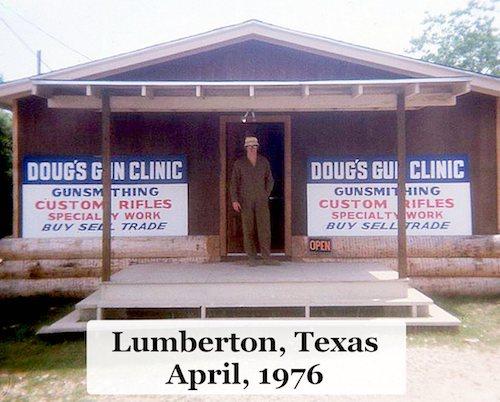 January 6, 2020 - In the 70’s Lumberton, Texas  was the fastest growing town in the State. Along with other businesses, they built three new churches, two funeral homes and I built my “Doug’s Gun Clinic” on Highway 96. Later, the City of Lumberton made plans to build a water tower two blocks from my shop and employed an Arkansas Construction Company to build it.

A few weeks after construction began, my shop door exploded open one morning and a scared, bloody, black Security Guard threw his arms around me saying, “Please, Sir---Please Sir---Will you save me? They’re trying to kill me!” His blood-covered face and clothes confirmed his story. I had heard that the Local Union had shut the Tower work down and that Lumberton had hired a Security guard to watch the Tower site.

As the young man sat down, a vehicle wheeled up in front of the shop. I grabbed my Colt Python .357 Magnum from under the counter and opened the door. One of the two men in a pickup shouted out, “Did you see a N----- running down this way?”  Pointing my Python toward the driver, I replied, “Do you want to die?!” The men hurriedly spun from the driveway and raced back towards Beaumont. 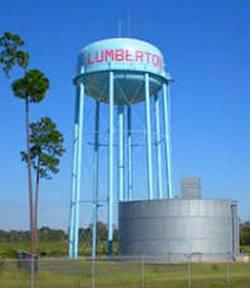 Since a State Trooper office was nearby, I told the young man I was leaving to get him. “When I leave, lock the door and don’t open it for anyone except me”, I said. The Trooper was writing out a report as I entered his office. When I told him what happened, he hardly looked up and mumbled, “I’ll be there later.” And when he finally got there, he looked over at the trembling boy sitting in the chair… humility written all over his blood-covered face …and gruffly barked, “Come on!” ---as if the black boy was the criminal. When they walked out the door, I was left with a sense---not of relief---but of sadness.

Occasionally Pam and I drive through Lumberton on our way to photograph birds around High Island. And there it is: My old Gun Shop…the Water Tower…and all the memories I had there….almost 45 years ago. I never even learned that young man’s name…and I often wonder what ever happened to him.

My son Mark recently asked me, “Dad, do you know what you would have done if those men had tried to take him?” “Yes, I know…and those men knew, too”, I replied. “And if it happened…I‘d do it again.”