(Of) energy, and (for) energy---two short phrases, both true, seemingly alike, but totally uncoupled.

A bow with arrow inserted, pulled back, back as far as possible, is fully “torqued.” That bow becomes a storehouse (of) energy, energy ready to be released, power in its most extreme form. 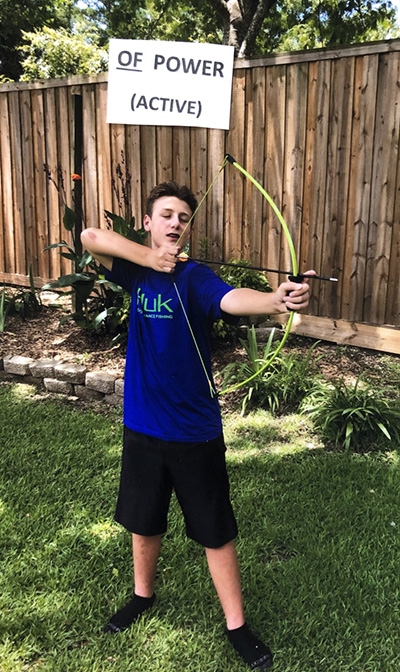 That same bow, in its natural relaxed condition, is now a storehouse (for) energy, energy totally inactive in this position. 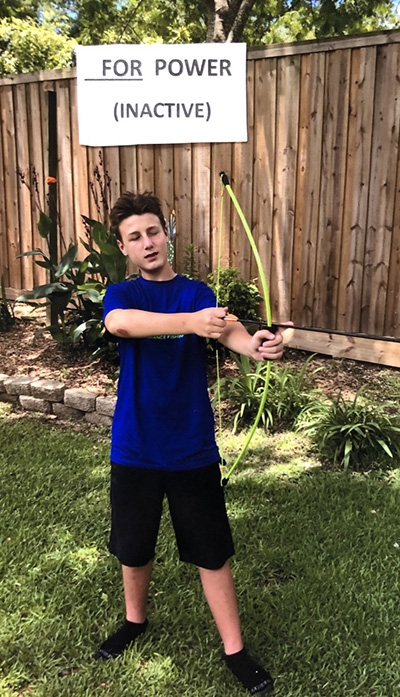 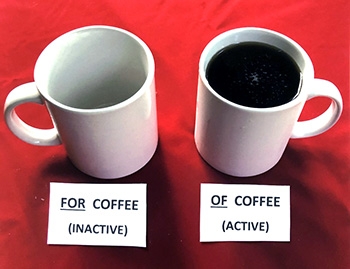 Picture an old-time alarm clock, winding, winding, until it is fully wound---fully “torqued,” a storehouse (of) energy, waiting to be of service. But, if that clock is ignored it will run down, torque gone, now becoming a storehouse (for) energy, useless to the man who oversleeps.

Fact: A batter can never hope to become a successful hitter until he/she learns to understand and accept the importance of (torque) in his/her efforts to conquer the many difficulties of competing against skillful pitchers.

An extremely important question: (Whether you have been playing baseball or softball one year, or fifty years, this is quite probably the first time you have heard this question.)

You are in the batter’s box---the pitcher releases the ball, what is the first, what must be the first movement your body will make as you commit your swing? Your hands? ---no. Your feet? ---no. Your shoulders? ---no.

Your first moving part must be “your front hip, twisting inward, slightly closing to the pitcher’s view, torqueing to create your following power surge with your body, shoulders, arms, and hands.”

That hip movement is similar to the initial moves of a professional golfer, always the inward twisting and torqueing of the front hip. That torque becomes a storehouse (of) energy---waiting to explode. 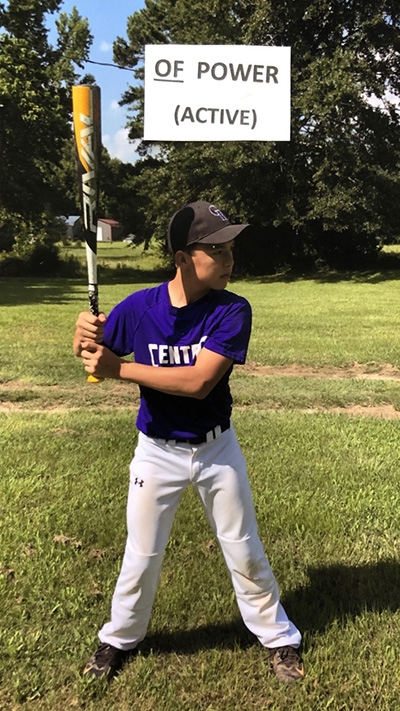 “Are you paying attention, all of you “open stance” batters?”

“Open stance” batters, because they have so little front hip turning inward, will never have an opportunity to develop an effective torque. Their stance and stride will not allow it.

Like the bow in its relaxed position, the “open stance” batter will remain a storehouse (for) energy, wasted energy, untapped energy. 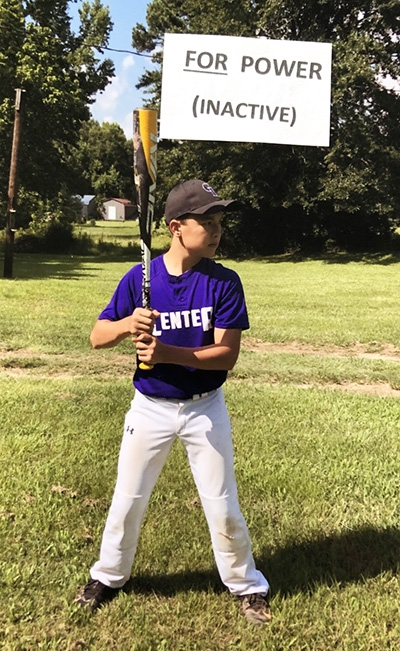 “Ok, ‘open stancer,’ I want to leave you with a couple of questions and a few thoughts to consider.”

First, instead of your bat, put a baseball in your hand, assume your open stance---then freeze. From that position throw the ball as hard and as far as you can. How do you think you will do? Pretty poorly, right? You are intelligent enough to know that you must torque your hips and shoulders to get much out of your arm.

Next, since most baseball players like to play golf, take out your driver, tee the ball up, and with your same open stance---bust it. How will that go for you? Very minor hip turn, restricted shoulder turn---weak, weak, weak. At that point, your golf stance is a storehouse (for) energy. Such a waste.

Try this. Ask one of your pitchers to stand on the mound copying your open stance, then have him stride forward with one of his “heaters.” No luck there. Every pitcher knows that to become a storehouse (of) energy, he must torque his hips and shoulders before delivery.

No quarterback would ever consider your open stance when lofting a pass fifty yards downfield. He knows that to become proficient he must use his full power to create enough energy to be successful. That brings in the torqueing of his hips and shoulders, thus becoming a storehouse (of) energy.

The examples could go on and on, sport after sport. But you are not interested in “on and on,” or “sport after sport,” are you? You are completely immersed in your personal success, or failure. And that is a healthy and natural attitude to assume---you cannot be blamed.

So---a final thought. Are you listening? If you are listening, listening is not enough---you must also hear.

“Listening” and “hearing”, kind of like (for) and (of)---seemingly similar, but not the same. Listening is the attempt to hear. Hearing is the successful result of listening.