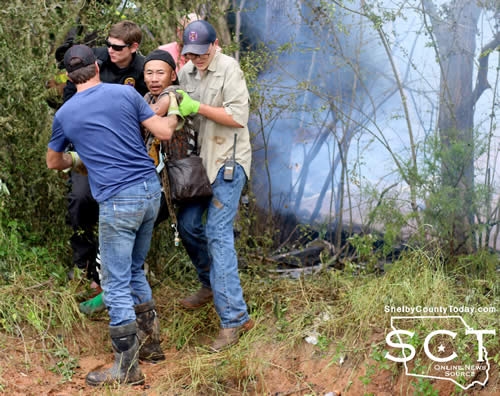 May 27, 2021 - Center Fire Department personnel discovered a man who was incapacitated at a Pecan Grove trailer park house fire Saturday, May 22, 2021.

Around 3pm, when fire personnel first arrived at the scene, a mobile home which appeared to be abandoned and was surrounded by undergrowth, was already mostly burned to the ground. 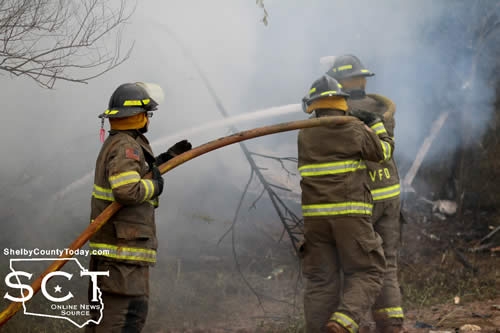 Fire personnel began working to extinguish the flames of what remained of the structure. After putting out a lot of the fire at the front of the building, the fire personnel made their way into the woods to fight fire on the backside of the home.

To their surprise, they discovered an apparently incapacitated man on the ground near the mostly burned down structure.

Center Police Department and EMS personnel were requested to the scene and the man was eventually rescued from the fire as emergency responders helped him out of the wooded area. He was then walked to an ambulance so he could be medically evaluated.

According to the Center Fire Department, the fire was later determined to be a controlled burn. 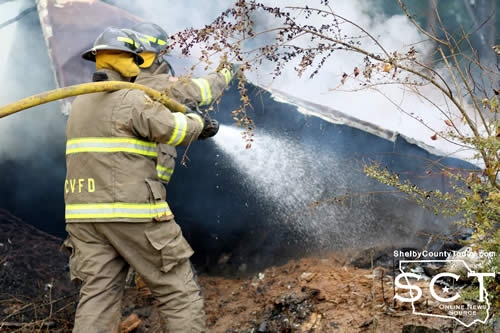