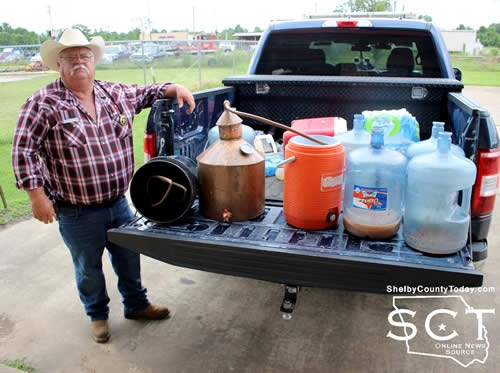 May 24, 2021 - Shelby County Constable Precinct 3 Roy Cheatwood has reported the discovery, and seizure of, an illegal distillery in the Joaquin area.

After receiving report of whiskey, an illicit beverage, being distilled illegally Constable Cheatwood opened an investigation into the circumstances and confirmed it was being produced out of a mobile home in Joaquin off Doogieville Loop. 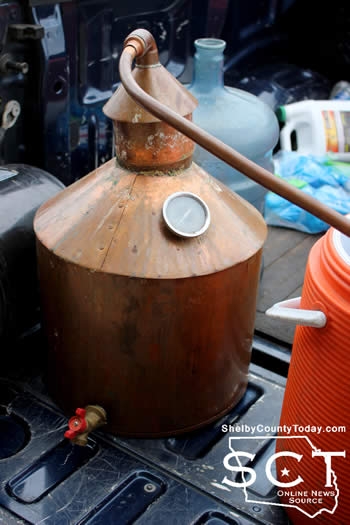 Constable Cheatwood contacted the Texas Alcohol and Beverage Commission (TABC) and received guidance from Agent Doug Richardson on the necessary protocols to follow in dealing with an illegal still.

Accompanied by DPS Trooper Keith Jones, Constable Cheatwood approached the alleged manufacturer of whiskey and spoke with him about the illegal distillation of whiskey. Although the individual initially denied having a still, he eventually confirmed there was one and Constable Cheatwood seized the equipment as allowed by the Alcohol Beverage Code, Title 4. Regulatory and Penal Provisions, Chapter 103. Illicit Beverages, Sec. 103.03 which permists a peace officer to seize the equipment without a warrant. 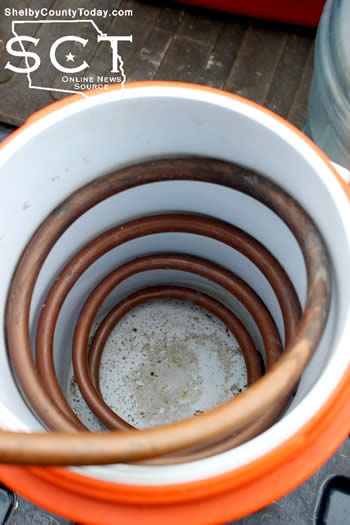 TABC Agent Richardson has been with TABC for at least nine years and to his knowledge during that time a still hasn't been seized in Shelby County. Further research into court records doesn't reflect a previous seizure of a still in Shelby County.

At this time the illegal distillation of whiskey remains under investigation. 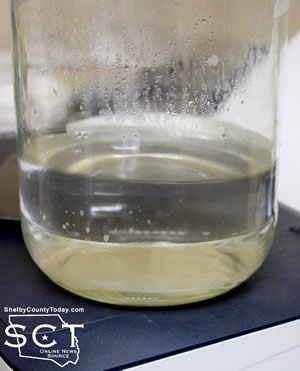