August 10, 2020 - When Daddy died in 1984, Mother asked her 10 children if they wanted something of Daddy’s to remember him by. He didn’t have much to leave, but several wanted his Colt .22 Pistol. When Mother couldn’t decide who to give it to, I suggested she sell it for a reduced price to one of us. Bill, our oldest brother, wanted it, so Mother offered to sell it to him for $300 he wouldn’t buy it. 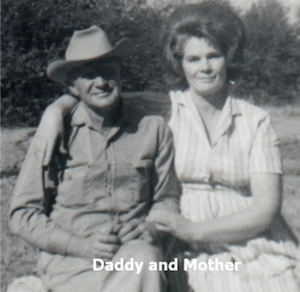 One day she asked if I wanted it. I handed her a $100 dollar bill and said I would pay the other $200 in two weeks. Early the next morning I got a call from Mother. “Bill’s all upset and wants the pistol,” she said. I jumped in my little Toyota pickup and drove back to Center ( 140 miles), gave it back to my sweet Mother and told her to give it to Bill and to keep the $100 as a gift. 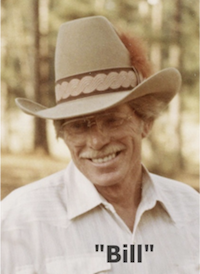 Several years later, we heard that Bill had terminal lung cancer.  Pam and I drove immediately to see him. I was crushed to hear he would only live six more months. We went back later to show him some of our photography. It was a long…but sad…meeting. After talking about the wonderful years of growing up together, Bill calmly asked, “Doug do you want Daddy’s pistol?”  His wife got it from the Gun Safe and handed it to me. As I took it, my heart was saying, “Who cares about a pistol?” It was Bill that I suffered for and I tried to reveal my heart to him. “Don’t worry about me, Doug,”, he said. “I’ll be alright.” A few days later, Bill crossed The Jordan.

And for many years now, every time I look at the pistol, I think about Daddy…Mother…and Bill.

And I still love them…..and miss them…with all my heart.