Extensive Investigation into Fuel Theft Leads to Arrest in Timpson; Over $1 million in Bonds Set 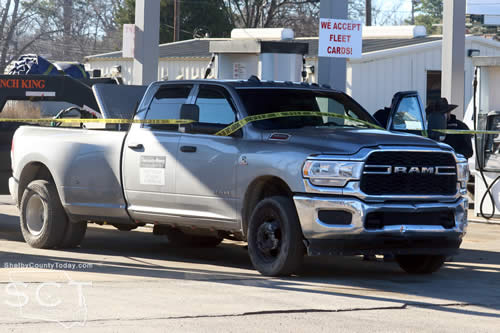 January 17, 2023 - A several month investigation into the alleged theft of a large quantity of fuel from a service station in Shelby County has resulted in the arrest of one individual by Shelby County Constables.

The investigation culminated on Friday, January 13, 2023, in the arrest of an as yet unnamed individual who was allegedly stealing fuel from the Quick Stop in Timpson.

Leading the investigation is Josh Tipton, Constable Precinct 5, who states the Quick Stop reported three to four months ago almost 1,000 gallons of diesel fuel having been stolen. Security video was able to provide officers with a suspect at that time. Two months later, Quick Stop reported a similar theft of around 900 gallons of diesel fuel and security footage confirmed the same vehicle involved in the previous theft.

Constable Tipton says law enforcement then contacted Texas Department of Licensing and Regulation (TDLR), Texas Criminal Intelligence Center, and Harris County Constables in Houston who advised they have been dealing with a lot of the same thing, and according to Harris County this has turned into a $300 million black market industry. Shelby County law enforcement has remained in contact with those agencies since the initial contact. 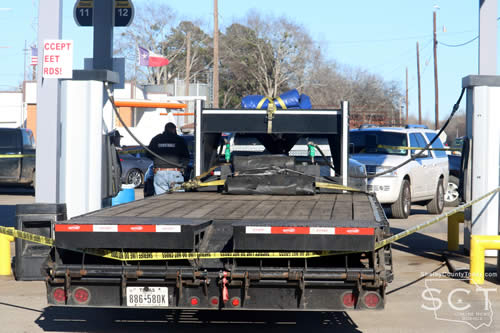 When the suspect exited his vehicle, Constable Tipton states he felt it was a safe time to detain the subject to prevent possible flight in the vehicle which would then have put passing motorists and innocent bystanders in danger. Once the suspect was detained by Constables Tipton and Fanguy without incident, they awaited other law enforcement to arrive and secure the scene. Constable Tipton states while waiting it was learned of possible lookouts traveling with the suspect being in the vicinity. A short time later Constable Tipton learned that Sheriff Kevin Windham had turned his deputies around and was no longer en-route to assist the constables. 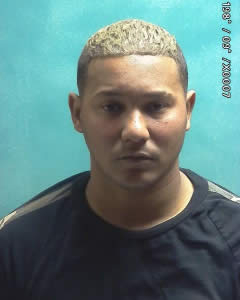 According to Constable Tipton, Emergency Medical Services (EMS) was requested and Timpson EMS evaluated the suspect at the scene. With no apparent bumps, bruises or scratches they gave their medical clearance.

By the end of the day Larides Saez-Morales, 34, of Channel View, was arrested and has been charged with manufacture of a criminal instrument, state jail felony - $1 million cash bond and theft of property, misdemeanor a - $5,000 cash bond; unlawful use of a criminal instrument, misdemeanor b - $5,000 cash bond; and was taken to a neighboring county jail. Due to the sensitive nature of the ongoing investigation, additional details have not been released by Constable Tipton at this time.

Constable Tipton states all Shelby County Constables were present processing the scene and were involved in the transport of the prisoner to another county jail. He offered a special "thank you" to Texas Department of Public Safety State Troopers Dustin Ramos and David Shields, District Attorney Karren Price, District Judge LeAnn Rafferty, Justice of the Peace Tracy Broadway, and Panola County Sheriff's Deputy Richard Mojica, for their assistance in this matter. 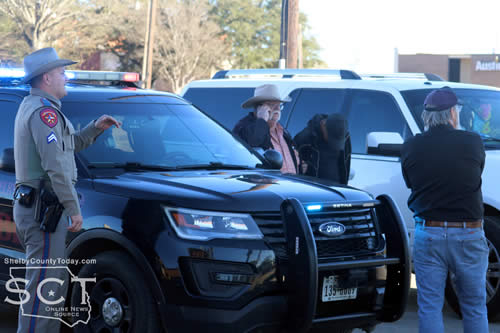 While waiting on the arrival of Shelby County Sheriff's Department Deputies, Constable Tipton and Sheriff Kevin Windham had a disagreement and according to Constable Tipton this resulted in Sheriff Windham being unwilling to accept the suspect into the county jail. Constable Tipton states he and Constable Fanguy couldn't leave the scene due to securing the vehicle and pumps for evidence as well as maintaining custody of the suspect.

Constable Tipton advised, being that Sheriff Windham would not accept the prisoner, this prolonged the investigation by several hours and prevented opening the fuel pumps for Quick Stop until approximately 11pm that night. 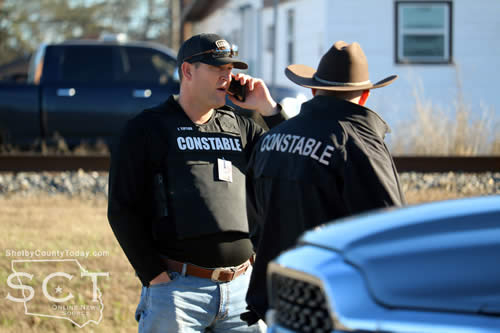 Shelby County Today contacted Sheriff Kevin Windham in regards to the arrest at Timpson Quick Stop and he stated the following:

On Friday, January 13, 2023, at approximately 2:37pm, Shelby County Sheriff’s Office law enforcement personnel were contacted by Constable Precinct 4 Taylor Fanguy requesting assistance in the apprehension of suspect(s) that were deemed dangerous, who have been involved in a theft at Timpson Quick Stop. The Sheriff’s Office law enforcement personnel went en-route to the area to assist. While en-route, Constable Precinct 4 Taylor Fanguy and Constable Precinct 5 Josh Tipton advised that they would go ahead and make contact with the suspect(s). Moments later, Constable Fanguy advised over the radio that they had one detained.

Due to one suspect being placed into custody, the Sheriff’s Office discontinued the response to assist.

Due to the suspect possibly sustaining head trauma, specifically that he lost consciousness, it is the standard policy and procedure of the Shelby County Sheriff’s Office for the arresting officer to transport a suspect/arrestee to an Emergency Medical facility to be cleared by a medical doctor prior to the suspect/arrestee being accepted into the jail facility. 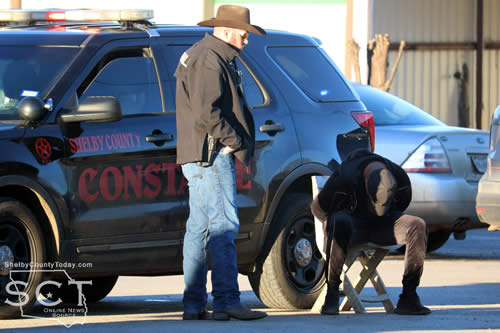