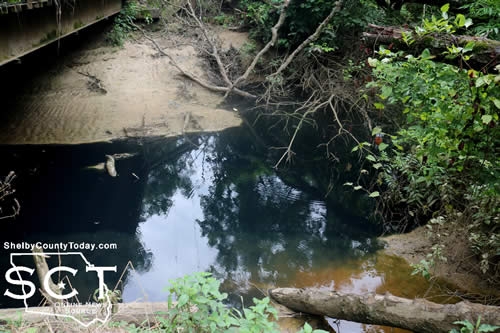 Huana Creek at CR 1490 as it appeared contaminated by a foreign substance on July 2, 2021.

July 14, 2021 - Shelby County Today was contacted by a concerned citizen Friday, July 2, 2021 in reference to what appeared to be a spill of a foreign matter in Huana Creek.

Once at the location where the substance could be viewed from CR 1490, the water in the creek bed was black in appearance as it carried the foreign matter downstream. A strong odor that resembled sewage was also detectable. 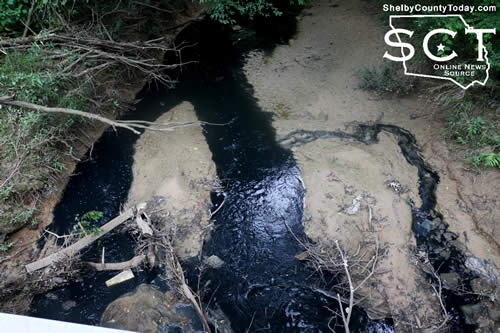 The nearest public crossing further upstream of Huana Creek was on CR 1470 and at that point it appeared the water was clear. This suggests the matter came from private property somewhere between CR 1470 and CR 1490.

Shelby County Today reached out to the Texas Commission on Environmental Quality and inquired as to the circumstances since Shelby County officials had reported the incident to them. 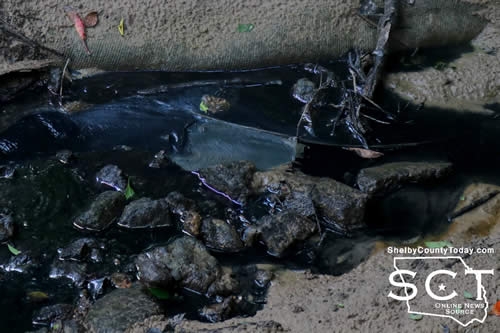 According to TCEQ, the Beaumont Regional office of the Texas Commission on Environmental Quality was contacted by an officer of the Shelby County Sheriff’s Department on July 2, 2021. The officer stated that he had observed a dark substance which appeared to be sewage in Huana Creek, located at County Road 1490 near Center (Shelby County). The material appeared to have settled to the bottom of the creek and was both upstream and downstream of the County Road crossing. The officer stated that at this time he had no evidence of who could have dumped the material in the creek; however, he would keep an eye out for vacuum trucks in the area and would contact the region if he discovered any other evidence or gathered any information regarding who dumped the material.

Due to the forecasted rain in the area and the lack of information regarding who dumped the material in the creek, a decision was made not to conduct an investigation at this time. An investigation will be conducted if Shelby County Sheriff’s Department contacts the region with additional information.

TCEQ further advised, members of the public who have concerns about pollution that they have observed should contact TCEQ toll-free at (888) 777-3186 or by clicking here 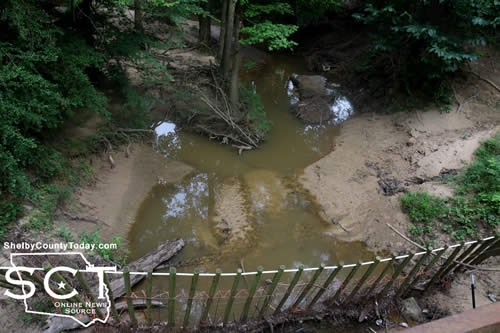