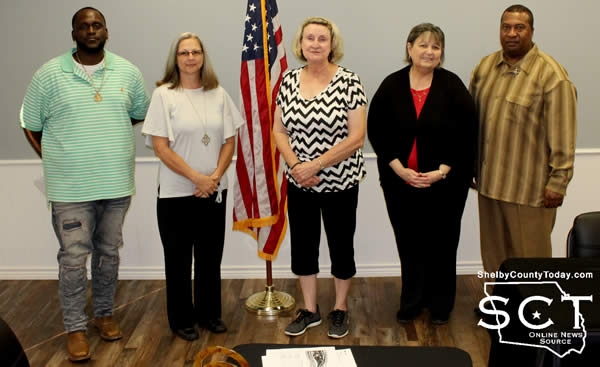 May 7, 2021 - The City of Tenaha celebrated the most recent transition of power to three new council members with their swearing in on Tuesday, May 4, 2021 at 5:30pm.

The meeting opened with only two council members, as the three who recently vacated their seats chose not to be present for the special meeting. Just before the meeting began, a statement was given by Amanda Treat, City Secretary, to explain the legality of having a quorum of two for the purpose of canvassing votes.

"Your agenda will change, we will only canvass the votes and swear in because we can't conduct any of the business since we don't have a full quorum," said Treat. "TML Legal, they stated that a quorum of canvassing an election is two members of the governing body. The swearing-in can be done at any time after the canvassing and can be done at the same meeting as the canvassing." 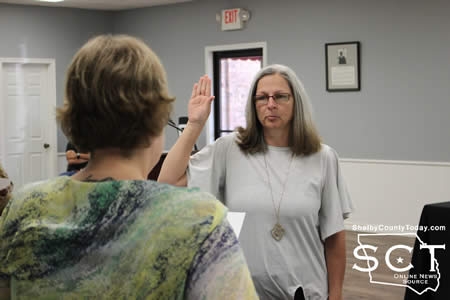 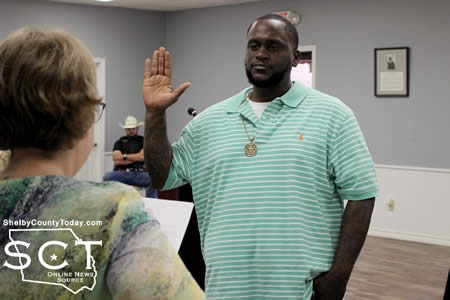 A motion carried with Florance Adams voting in favor and Linda Vickery seconding her motion to accept and canvass the election results.

Treat then presented each candidate with a written statement of office and then administered to each of the candidates: Janice Barton, Bryan Adams, and Oneal Jones the oath of their office.

The meeting was adjourned at 5:46pm. 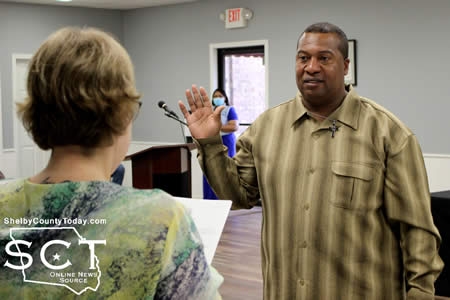