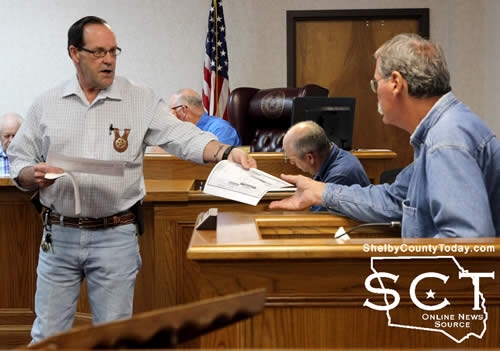 May 11, 2022 - The Shelby County Commissioners granted the purchase of a new Chevrolet Tahoe for the Sheriff's Department Wednesday, May 4, 2022, during their meeting.

"I'm no more pleased to stand before the Commissioners' Court today than any of y'all are to have me standing here once again coming before the court asking for a patrol unit," said Sheriff Windham. "As you well know, we lost another one of our patrol units in a pursuit."

He elaborated further on the Tahoe which was totaled being one of the older units in the fleet and that no one was injured during the incident. According to Sheriff Windham, the insurance settlement to be received on the totaled Tahoe was $17,700.

One quote presented to the commissioners was for a 2022 Chevrolet Tahoe 2WD from a dealership in Houston in the amount of $36,327.37 with an additional cost of $8,234 to install the vehicle with the necessary equipment for a patrol unit. Sheriff Windham said the total projected amount would then be $44,940. The offset with the insurance would then be $27,240.12.

The Tahoe would take around three weeks to be outfitted.

A quote for a Ford F-150 4WD police pursuit vehicle came to $39,500, not including equipment installation. The installation of equipment to the truck was projected at $8,000, which doesn't include a camera.

Roscoe McSwain, Commissioner Precinct 1, confirmed with Sheriff Windham the equipment in the totaled vehicle was being stripped out for later use. 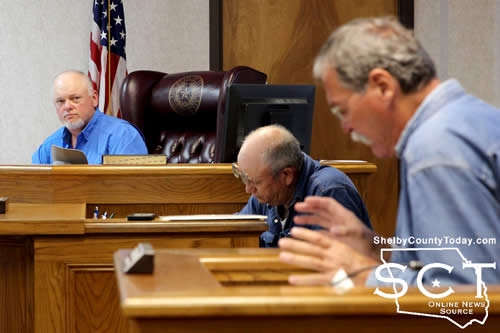 "And I'm not saying that to gain any points," said Sheriff Windham, as the courtroom erupted in laughter.

He said 4WD really used to be more of a necessity; however, there are enough units on the fleet with 4WD that if it's needed they have several which could be utilized.

"This is out of that $907,000 we got from this, nearly $600,000 has been invested in law enforcement in the last year and a half since we've had it," said McSwain. "We've tried to make sure every bit of that money went back to where we got it from."

McSwain explained the county has been very conservative with the funds and that money will eventually be gone. He remarked the court has been more than generous in helping the Sheriff's Department upgrade its units and anything it has needed in helping to get the jail in better standards.

"On behalf of the Sheriff's Department, we are very, very appreciative of what the court has done," said Sheriff Windham. "Some things are beyond our control, but I do want the court to know that we really appreciate what y'all have invested in us."

McSwain further stated how blessed the county has been to have the Coronavirus funds to facilitate helping. 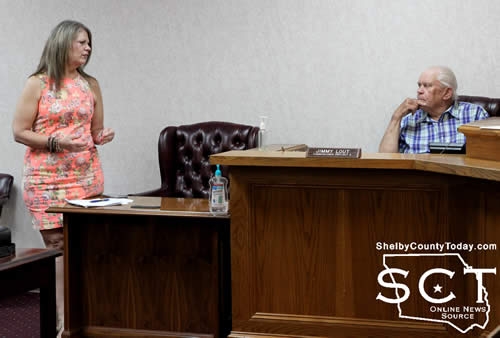 Lori Oliver, Shelby County District Clerk, spoke with the commissioners on the use of funds for the purchase of a laptop for the District Clerk office.

Oliver explained the laptop that is normally used by the District Clerk staff won't stay charged unless it remains plugged in. A Surface which they also use has crashed and their computer technician has gotten it running tentatively; however, he said that it would cost more to fix it than to just buy a new one.

"The reason why I asked for this fund, because normally I'd just pay it out of my records management, is because of the way they have changed the fees and the way we collect them on civil and criminal," said Oliver. "It affected criminal in January 2020, it affected civil January 2022. There's not going to be anymore money to speak of added to this account anyway."

According to Oliver, the funds are available for expenditures such as the laptop and it's required for the commissioners' court to approve such expenses.

"They called it District Court Technology Fund, which that is dedicated to just the purchase of computer items," said Oliver. "On the civil side it was a $10 fee, and on the criminal side it was a $4 fee, on the civil side that $10 could only be used for the restoring or the restoration of old records. On the criminal side it can be used for the purchase of computer technology."

A motion carried to take the funds as allowed by Code of Criminal Procedure 102.0169.

The meeting was adjourned at 9:55am.