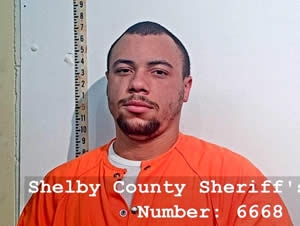 May 13, 2022 - A Shelby County jury has convicted Zenas Montre Whitaker Wednesday, May 11, of aggravated assault with a deadly weapon; and kidnapping following a three day trial regarding the July 2020 assault of a Center woman.

The trial was held in the 273rd Judicial District Court with Judge James Payne presiding.

Following an hour of deliberation, the jury found Whitaker not guilty on the first charge of aggravated sexual assault.

Upon sentencing, Judge Payne agreed with the jury recommendation and sentenced Whitaker with the jury's decision. Both sentences for Whitaker are to run concurrently.

Over three days, the jury heard testimony from medical professionals and law enforcement officers involved in the case which resulted from the June 7, 2020, attack.

A doctor from the Shelby County Emergency room, where she spent a couple hours following her attack, indicated the many injuries the victim had and a Sexual Assault Nurse Examiner (SANE) testified as to her interview with the victim later that night in the hospital. 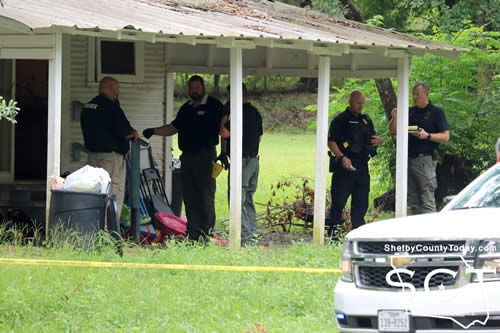 The victim was beaten with a broken aluminum baseball bat, which was presented as evidence for the jury to view, and approximately eight inches of the end of the bat was missing. This created a menacing jagged end with sharp edges to it.

Jurors saw police body cam video during the trial depicting a bloody scene throughout the house, and the victim testified about her blood covering one of the children as that child was behind her on the couch in the living room during the assault.

Ultimately, when Whitaker was on the witness stand in his defense, he took full responsibility for the beating and the main part that differed relating to the bat was the prosecution argued he brought the bat with him while alternatively Whitaker claimed the broken bat was already in the house when he arrived.

"I can't give y'all any excuse about that day, what happened between me and [the victim]," said Whitaker. "Ever since I have been incarcerated and I have sat there and I have wondered myself why I would do something like that."

He stated he was truly sorry he had done that.

There was a Child Protective Services (CPS) case involving the victim, Whitaker and their child and she had been through a drug rehab program after which she stayed with her sister.

The victim was babysitting several children, as well as her own child, when the attack occurred. It began in the kitchen of the home where Whitaker began striking the victim with the bat and the assault then continued to the living room where the children were.

The beating with the baseball bat continued there, and at some point the victim ended up with her child in her hands and that's when she says Whitaker bit her hand when he went to leave and take their child. She related it was a common occurrence when they were in a relationship for Whitaker to bite her hands.