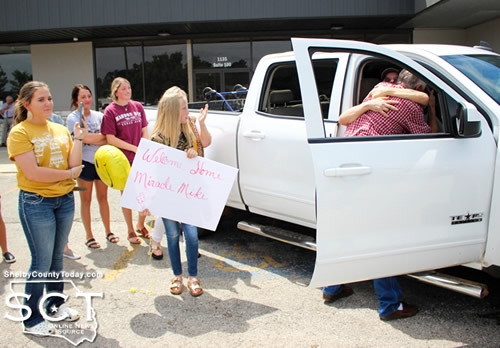 June 1, 2020 (More photos of parade) - Shelby County showed their love and support for Michael Henry Bush and his wife Joyce after they both survived COVID-19. The outpouring of support was shown with a Welcome Home parade on Sunday, May 31, 2020 in the Ivan Smith Furniture Parking lot, just one day after Michael Henry returned home on his 64th birthday after spending 66 days in a Tyler hospital. 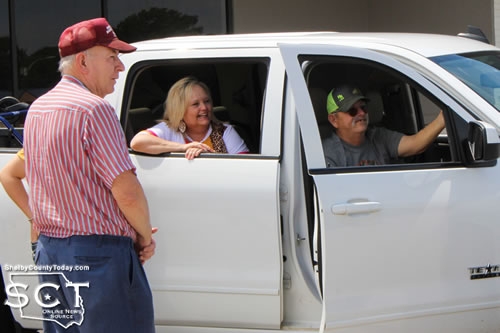 Sitting in the back seat of the truck is Joyce Bush and in the front seat is Michael Henry Bush.

Mike or "Buckshot," as many call him, started getting sick around March 23rd and by March 26th he had to be rushed to a Tyler hospital with fever and breathing problems. He was immediately admitted into the hospital and put on a ventilator. The first week his oxygen and blood pressure levels were low. After 14 days on the ventilator, he was improving and doctors started taking him off the paralysis medications he was on. By April 10th doctors reassured the family Mike had survived the 'cytokine storm.' However, Mike's kidneys were not waking up or doing well.

Joyce Bush announced April 4th on social media she too had the virus, 10-days after Michael Henry had been taken to the hospital. Joyce was like many others with COVID-19 who were blessed to be able to stay home while they recovered from the virus; however, Joyce's recovery was alone and away from her husband who was fighting for his life. Joyce now had to do her own quarrantine. Her post read, "I tested positive. I was sick and now much better. Mike is still fighting to live. I can't even lay my eyes on him. I miss him."

By April 15th Joyce was much better and for the first time since Mike was admitted into the hospital three weeks previous, he and his family were given the opportunity to Facetime. Mike responded to their voices and opened his eyes moving his head towards an Ipad held by a nurse as he was trying to see them. The exchange lifted their spirits just being able to see each other. The next few weeks included Mike breathing more on his own until finally by April 29th, 33 days in the hospital, Mike was taken off the ventilator completely and a temporary tracheotomy was done.

The virus continued to make the road to recovery hard with Mike developing pneumonia and continuing to have poor kidney function. Good news did come on May 3 when Mike was transferred out of the COVID ICU into a regular ICU and then on May 6 to PAC Unit. On Day 43 Joyce finally got to see Mike in person and on May 18th the temporary trach was removed. With dialysis, Mike's kidneys finally started to do better and with the numbers being good he was released from the hospital on May 30 after 66 days. 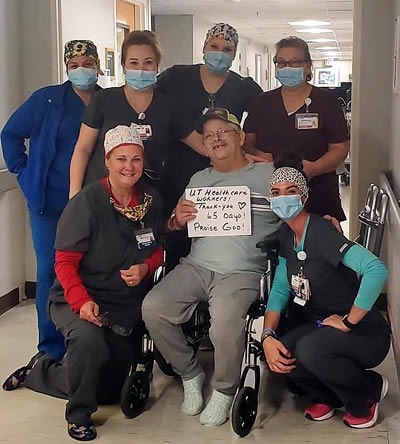 When the sign was made for Mike's checkout from the hospital, the number of days was miscalculated. He was there 66 days!

Michael Henry and Joyce say all the prayers of the community and God's love brought them both through to the point of the wonderful homecoming parade which had nearly 100 vehicles pull through. Mike's fellow truck drivers, law enforcement, first responders, family and friends all lined up to drive by Mike and Joyce to show their love and to show how many prayers were answered by his coming home. They praise God and give him the glory!

Michael Henry and Joyce were among the first reported cases in Shelby County and have no clue how they became infected which means it was determined to be by community spread. As of June 1, there have been over 200 confirmed cases in the county since the virus arrived. 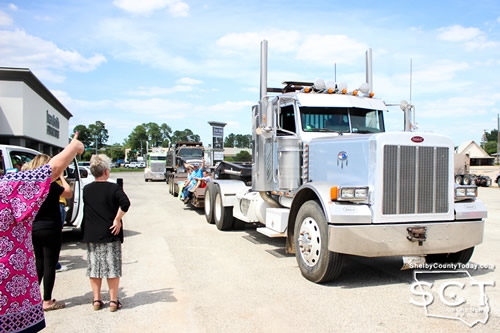 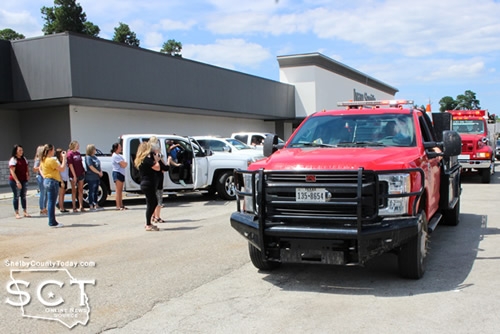 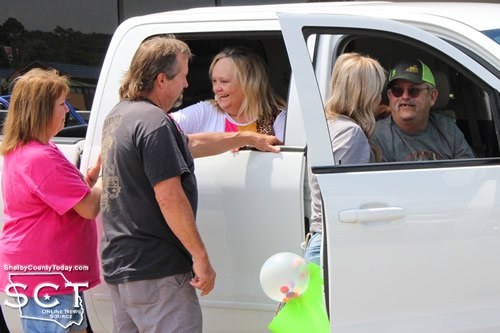 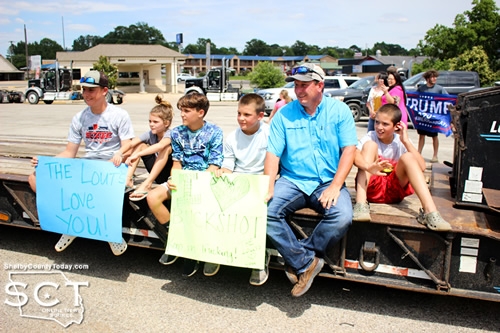